Esteban Paves reveals the song of the Colo Colo fans he likes at least: "It loads me!" | Dale Albbo 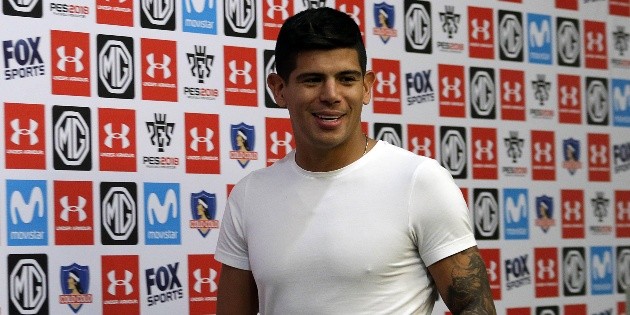 At night on Tuesday, April 16, a new dinner news was held on the Colo Colo CD, and there were first team players such as Gabriel Suazo, Ivan Morales and Esteban Pavez.

Huesy climbed onto the platform that was used during the ceremony. There, the question was first asked whether, when they listened to fans, they wanted to sing songs and what was their favorite, but they started with the opposite. The reason is because it reminds them that they are losing.

"I will tell you the one I like:" When the team is bad. "I do not like it because we always lose., creating laughter among the audience.

He acknowledged the moment when he wanted to live with the fans: "I like the most when we get out on the field," get out, get out, go, I love it ", something that was very much applauded by people.

Finally, he told him what was his experience at the club and just as it was for him to be the captain of the first team.

"Being a Captain of Colo Colo is a great pride, a dream, those who know me know that I am proud of it, fans thank you for supporting me in the good and bad, as a fan I will always give on the field"He concluded.