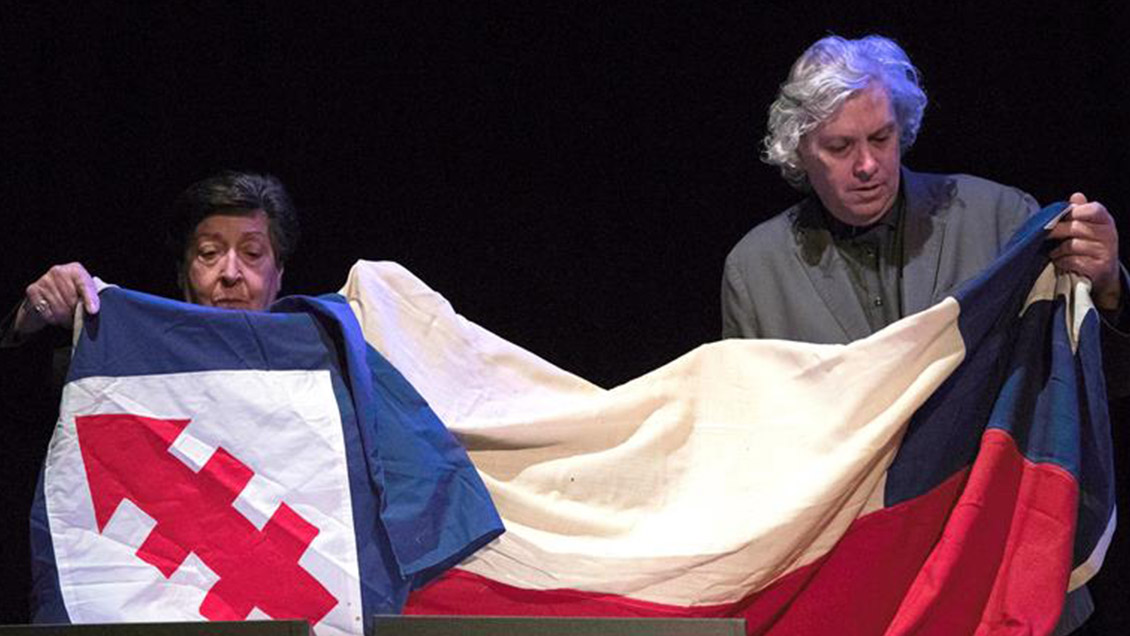 The two flags were sewn in order not to be separated and the red phalanx, the historical symbol of the DC, was present at the funeral of the assassinated former head of state, thus opposed the wishes of the representatives of the dictatorship.

Carmen Frey donates #Memory Museum a flag ?? that covered the coffin of former President Eduardo Frey Montalva during his funeral in 1982. Nearly two months ago, the death of exmanadario was qualified as another criminal act of the Chilean dictatorship. pic.twitter.com/7D3c0IVQEI

"Today I am more confident than ever that this museum is the house where my father should be, not only as a former president of the Republic, but as a human being with virtues and defects that was, as a man and a citizen who he knew how to stand up and fight for the end of the dictatorship and to restore democracy, "said Carmen Frey during the delivery ceremony.

The former senator also handed over samples of two letters in which former President Frey Montagna sought help before being killed.