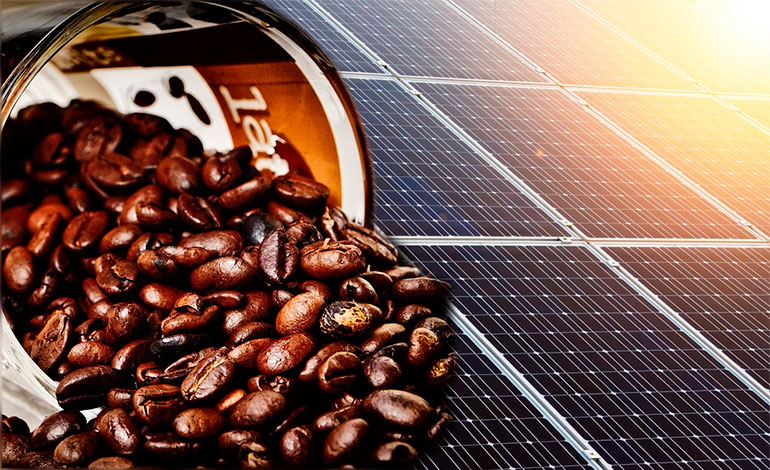 Madrid The scientific community is looking for cheaper alternatives to silicon solar cells, and explores other materials such as perov. Now, a group of scientists at the University of California found that if this mineral is added to caffeine, more efficient plates and more energy are achieved.

The study was published in Cell Group Magazine, and according to promoters, caffeine can help achieve a "promising alternative" to traditional solar cells.

The idea, according to scientists, in a Cell note, began as a joke during morning coffee: scientists were discussing Peruvian solar cells, and one of them joked that for us, like us, they would need coffee to improve.

This comment prompts the team to remember that coffee caffeine is an alkaloid compound with molecular structures that could communicate with a perovskite, crystalline structure of several compounds.

At present, research groups around the world are studying how to make solar panels more efficient and cheaper than traditional silicon, and the Peruvian has become a good candidate material.

While there is progress, one of the challenges is to increase the thermal stability of these solar cells, improving their perovskite layer by introducing compounds such as dimethyl sulfoxide.

However, the researchers had difficulty in increasing the long-term efficiency and stability of solar cells made with this material; No one tried caffeine.

From the Department of Material Science and Engineering at the University of California, Yang Yang and his team then added caffeine to a perovskite layer of 40 solar cells and used infrared spectroscopy to determine if caffeine was successfully adhering to the material.

They found that yes and this interaction increased the minimum amount of energy needed to react to a perovskite film, increasing the efficiency of the solar cell from 17 to more than 20 percent.

"We were surprised by the results," said Wang, who added: "during our first attempt to incorporate caffeine, our Peruvian solar cells have already reached almost the highest efficiency we've achieved on paper."

Although caffeine significantly improves the performance of cells that use Perovskite to absorb sunlight, researchers do not believe it is useful for other types of solar cells.

The only molecular structure of caffeine only allows them to interact with Peruvian precursors, which can give this variety of solar cells an edge in the market. EFE