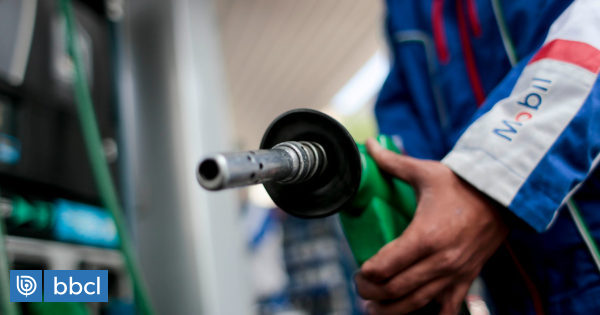 The national oil company (ENAP) reported on Wednesday prices that will register the fuels this Thursday, dropped lower than the mechanism for stabilizing fuel prices (Mepco), which avoided the pressure on the dollar.

According to the state-owned company, from January 3, per liter 93 octane gasoline will fall by 5.8 pesos, reaching 731.5 pesos as a reference, after which it will mark the eleventh consecutive loss, returning to the prices that they retained in July, before a prolonged period of increases registered in 2018.

On that path, the 97 octanes she will register her tenth week in the downside (from -5.8 pesos), reaching 752.3 pesos per liter.

On diesel, on the other hand, will reach 553.1 pesos per liter, which means -5.8 pesos less than the previous week.

Meanwhile, the Liquid Gas (LPG) It will also drop significantly, remaining at 209.3 pesos, as it will register a fall of 9 pesos compared to the previous week.

These prices will apply between Thursday 3 and Wednesday January 9.

According to this scenario, 93-octane gasoline will be registered eleven weeks down the road, with an accumulated fall of -63.2 pesos at that time, after a long period of increases that increased the price of 50.3 pesos for 10 weeks last year.

Meanwhile, 97-octane gasoline saw its tenth consecutive decline, and it already accumulates a fall of -56.4 pesos after the outbreak of 43.4 pesos, which lasted nine weeks in 2018.

Fall off without a brake

As reported by ENAP, the price of crude oil on the international level fell to the lowest level since August 2017, caused by concerns over overcharging.

According to this scenario, economists argue that the price of fuel may continue to decline in Chile, at least until March, due to the low oil prices on international markets, which will also affect the low inflation for the first months of this year in our country.

To prevent a collapse, the world's most relevant producers grouped in the Organization of Petroleum Exporting Countries (OPEC) agreed to withdraw part of their production to suppress the price increase, although reductions will not come into force by January and So far, simple publication has not stopped the fall.

Prices correspond to ENAP reference values, who are only trying to provide relevant information on the fuel market, unlike those reported by the National Energy Commission in its fuel price information system.

In fact, the company points out that it can not be considered a document that defines consumer values ​​in Chile because they are completely free because the Chilean market is characterized by openness, competitiveness and deregulation.