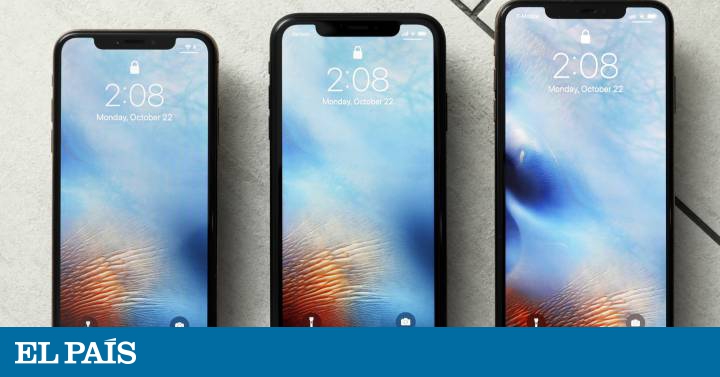 Apple ceases to deny that it has a problem and warns investors that quarter-sales matching Christmas purchases will be lower than expected. It's an unusual reception for the maker of iPhone and Mac, which surprised analysts. Among the reasons for this reduction is the pressure that the tariff battle puts on the Chinese economy, as well as the rate of recovery of old models lower.

The new projection given to investors is with an income of $ 84,000 million for the first quarter of its fiscal year, in which it released the new iPhone models. Just two months ago made an estimate of up to 91,500 million. The unusual announcement was made at the end of Wall Street and the effect was urgent. The company's shares fell by more than 7% after the quote was suspended in 20 minutes.

The apple was 88,300 million euros a year ago in the same quarter, which is 4.5 percent more than is currently estimated. The profitable margin is projected to remain at 38%, half a percentage point from the estimate. In addition to the economic difficulties in China and the effect combined with the tariff battle, it cited a lower pace in upgrades to their phones. Cupertino will cease to announce sales of units.

China is the third most important market for Apple. But reducing projections is also attributed to other emerging markets and the strength of the dollar. IPhone sales, its flagship product, began to touch the roof two years ago in units sold. However, they have grown in revenue generated by the high cost of new models. The strategy goes in parallel to improve the services it offers.

The apple is usually quite conservative in the manual, so the announcement creates even more surprise. The investors' doubts since the last time he presented the results, punish his bid to the point that he lost one third of his value from the annual maximum, when he reached a capitalization that accrued $ 1.2 trillion. Tim Cook, its CEO, however, says it continues to have tremendous value despite this slowdown.

Cook says in a letter addressed to investors that he will not sit idly by waiting for the stabilization of macroeconomic conditions. Another reason for moderation in rebuilding iPhone models is that mobile operators give fewer subsidies to users. And he insists, among the positive things, that he takes advantage of the devices that work with his operating system.

Apple is one of the greatest values ​​in the world. He only gave away a month ago a scepter to the first company listed on his foe Microsoft. Amazon and alphabet follow you very carefully. By its weight, the decline after the alert for investors will have the withdrawal of the entire territory of Nasdaq and Dow Jones. Also in other technological values, such as processors manufacturers and which provide electronic components.