Albemarle suspends development plans in Chile and bets on Australia 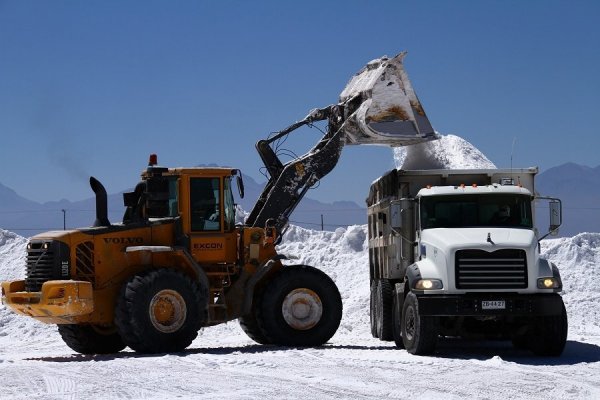 The world's largest producer wins the lithium hydroxide market, which currently has higher prices and demand than lithium carbonate, which produces in Chile.

The largest producer of lithium in the world plans to expand production in Australia to reach the market of a specific form of this metal, increasingly used by producers of batteries for electric cars.

Albemarle will stop plans to expand lithium carbonate production in Chile, the company said on Thursday. Instead, it will use funds for a project in Western Australia, which produces lithium hydroxide, a rarer form of metal that is becoming increasingly popular and is now sold at prices higher than carbonate.

Global demand for lithium is expected to triple by 2025, according to Bloomberg NEF, as car manufacturers such as Tesla are seeking to increase sales of battery-powered vehicles. Meanwhile, the lithium miners are struggling to meet demand, and metal prices have tripled in just four years.

"The challenge at this point in the cycle is that lithium companies need to increase capital spending in the face of uncertainty about the price of lithium," said Chris Berry, an analyst from New York and founder of the House research company. Mountain partners. "In order for Albemarle to be able to maintain its market share due to such a large increase in demand for lithium, the company must perfectly implement its plans to expand capacity."

Albemarle plans to increase total lithium production in its operations in Chile, China and Australia to 225,000 tons per year in 2025 from 65,000 tons in 2017, the company said in a profit report. In just four years, lithium ceased to be the least important product of Albemarle and accounted for 44.5% of the company's revenues in 2017.

On Thursday, Charlotte, based in North Carolina, published mixed results for the third quarter, which led to a 1.8% drop in share in New York at 1.45. Capital expenditures increased, reaching record levels, but Albemarle did not carry out its sales forecasts.