Why do we put telescopes in space? 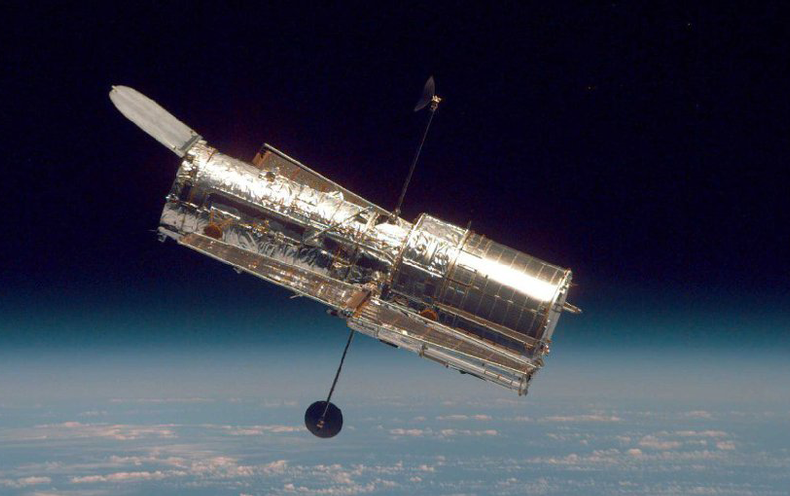 The Hubble Space Telescope was launched into orbit on Earth in 1990 more than 25 years ago. The space telescope Spitzer, an infrared Hubble sister, just celebrated his 15th anniversary in space. Multiple X-ray observatories, including Handra Observatories, HMM-Newton and the Nuclear Spectroscopic Telescopic Array (or NuSTAR), also examine the sky from their fins in space, high above the Earth here on Earth. In the next decade, NASA plans to launch the space telescope James Webb, the next generation of Hubble and Spitzer, which will orbit the Sun.

Putting a telescope into space has its limitations. For starters, it can not be too great, because it must fit inside the rocket that releases it. Our ability to repair it is also limited if something (wood impact) goes wrong. And finally, to say obviously, it's pretty expensive. So why do we even do it?

The main reason we put telescopes in space is to take the Earth's atmosphere so that we can get a clearer view of the planets, stars, and galaxies we study. Our atmosphere acts as a protective blanket, allowing only a little light to block others. Most of the time this is a good thing. No SPF level could protect us if we were bombarded by high-energy X-rays or gamma rays whenever we went outside. But that protection means that we are out of luck when it comes to collecting those forms of light for field studies. We can not rightly ask the atmosphere to make any special exceptions for the light that you would hope to reach our telescopes.

»Continue reading" Why We Are Space Telescope? "At QuickAndDirtyTips.com

Dr. Sabrina Stiert is an astrophysicist at the University of Virginia and hosts Einstein's daily podcast for quick and dirty tips.

Go from Quantum to Space