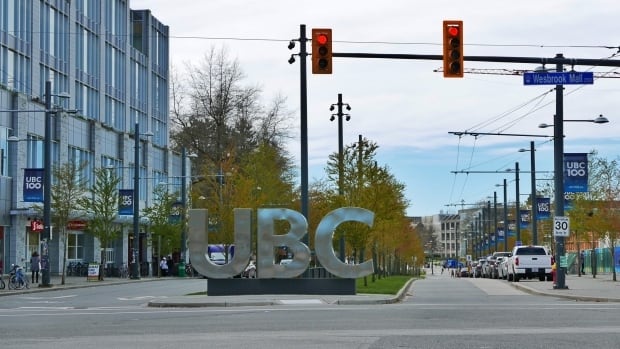 Students at the University of British Columbia hope to build bus shelters with environmental benefits.

Tabinda Shah, a student of urban forestry in the last year, said she and several other students are working to build a "kitchen shelter for a bus", which will not only shelter people from the rain while waiting for a ride, but also help the environment .

The roof or shelter will be made of treated wood that can withstand the elements and host a layer of plants that are solid and delicious and can progress not only in the rain, but also in the dry months. Excess water from the roof will run into the ground to replenish the water table.

Students transfer the project and want to build at least three bus shelters to measure their efficiency. Shah said that each shelter costs about $ 50,000, and the team hopes to have a prototype shelter built next year.

Prototypes that need to be built on the campus

Daniel Royer, an associate professor at UBC, said that while the team has no arrangement with the Vancouver or transit agency, they have the authority to build three structures on campus at the University of British Columbia.

Shah said Vancouver is a city that is very slow, but hardly anyone wants to go into it during the winter due to the lack of a pedestrian shelter from the rain. 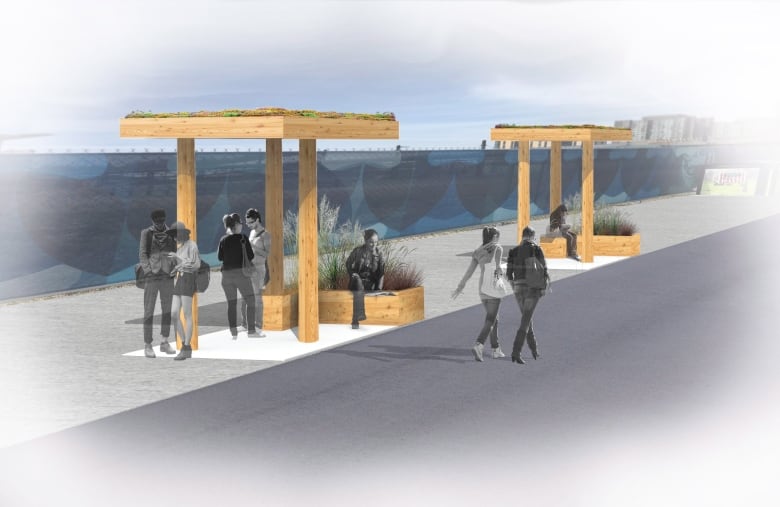 Students at the University of British Columbia hope to build bus shelters with environmental benefits. Tabinda Shah, a student behind the project, says Vancouver is a city that is very fit, but hardly anyone wants to go into it during the winter because of the lack of a pedestrian shelter from the rain. The picture for teaching the concept of an undated artist shows the proposed shelters and their intended use. (Tabinda Shah / Canadian Press)

"As a student in urban forestry, I wanted to bring a multipurpose solution to the mass that will not only increase the popularity of the city, but will also create space for habitats, a more sustainable management of atmospheric waters and a biophilic city," she said.

Roehr said Vancouver has a number of green roofs, but most of them have to be irrigated, so one of the main purposes of the design of these wooden canopy shelters was that they would be smug.

Roehr and Shah work with a team of other students from different disciplines in the shelters.

"We have flow devices to measure the rainwater drainage from these roofs and how effective they are," Roehr said. "We want to follow it. And if it's effective, we can use the whole city – we could use it at all bus shelters."

Shah said this would be the first type of shelter for buses to measure how rainwater is in the second round. She added that such bus shelters are important because they are another step towards tackling climate change.

The prototype and the research will help to justify whether a greater investment in such an idea would be worth, she said.

"We hope the prototype will be built alongside Wesbrook Mall at the University of British Columbia, but in an ideal world, we would like all Vancouver's street networks," Shah said.