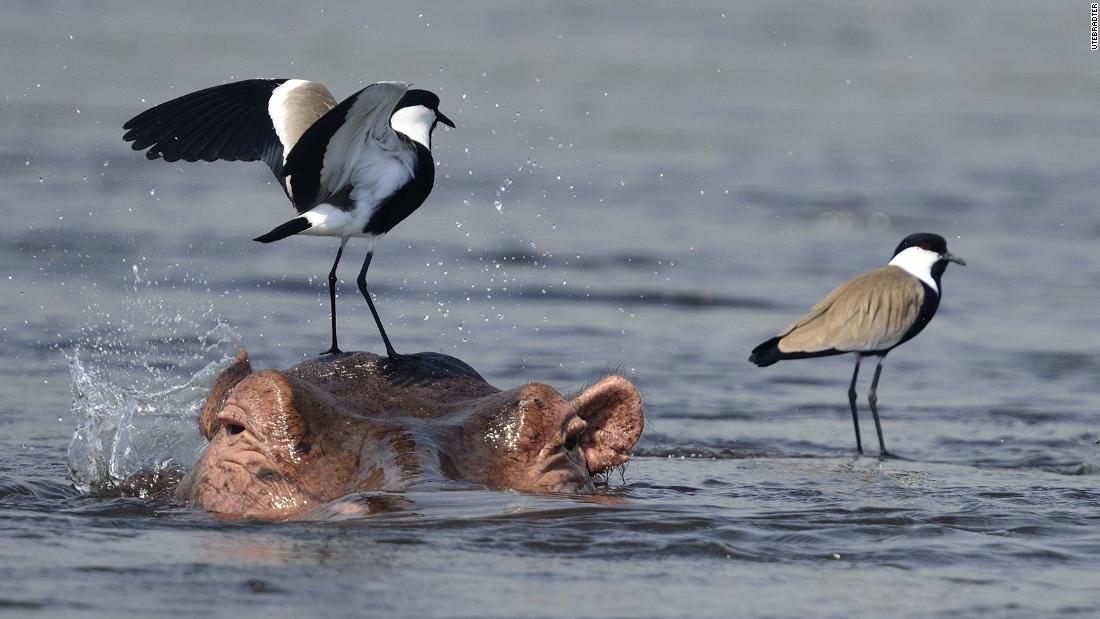 (CNN) – Pictures of a jumping spider, an elusive gecko and a bird fight are among the selection of stunning photographs selected at this year’s British Ecological Society photography competition.

The overall winner of the competition is a picture of a flying Dalmatian pelican by Alvin Hardenbol, organizers said in a press release on Thursday.

There were several winning categories and an additional 16 highly acclaimed images.

Hardenbol said he took thousands of photos trying to perfect the shot.

“I gave this picture the title ‘Art of Flight’ because of the impressive appearance of this bird’s wings, you can almost see the bird flying in front of you despite being a still image,” Hardenbol said.

“Winning such a competition as an environmentalist gives me the opportunity to continue combining my research with my passion for nature photography.

Hardenbol’s photograph “perfectly captures the movement, grace and beauty of the bird,” said Janein Memot, president of the British Ecological Society, who added that it was “a challenging photograph and a well-deserved winner”.

Hardenbol also won the People and Nature Award for his photograph of a black kitten in a picture of a building in Waranger, Norway.

Other winners include a picture of a great dark rock swing at Iguazu Falls in Argentina, taken by overall student winner Pablo Javier Merlot. The birds fly in and out of 80-meter waterfalls and are known as “rushing waterfalls” locally.

“Iguazu National Park is incredibly important because it protects a very diverse natural ecosystem, and the fast waterfall is an important icon of Iguazu and its diversity,” Merlot said.

Among the six-judge panel was wildlife photographer Gabriela Steibler, who congratulated those behind the impressive images.

“The pictures show not only great photography skills, but also love and emotions for wildlife,” she said. “By influencing people, they will contribute to the preservation of nature.”