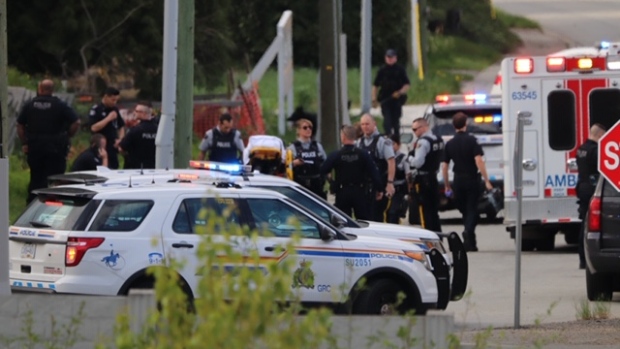 One man died after police believed a shooting in Surrey was fired on Friday afternoon.

Mounties were sent to the area of ​​176 Street and abbey ride at around 5 am. following more reports of shots.

When they arrived, they found a male victim, who seems to be suffering from wounds from prostitutes. He was pronounced dead at the scene and has not yet been identified.

Responsible officials were in charge of the CPR, but he did not survive. He was pronounced dead at the scene and has not yet been identified, but police told CTV News Vancouver he is believed to be in his 20s.

The police are still considering whether the killing is related to gang activities but said they thought it was directed.

They told KTV that they had an unclear description of a possible rest vehicle, but that they did not publish it publicly from Friday.

The police are still considering whether the killing is related to gang activities but said they thought it was directed.

The gang service was seen as arriving in the area a little more than an hour after reporting the shooting, and the dog unit seemed to demand evidence.

The area surrounding the shooting near the highway 1 was blocked for several hours, and was expected to remain recorded during the investigation.

Several police cruisers and an advanced life support unit can be seen in the area of ​​CTV News Vancouver's Chopper 9. A tar can be seen close to what appeared as a body beneath it.

Many blood was visible on the sidewalk.

The RCMP said officers were interviewing witnesses and criticizing the area, adding that a team of inquiry into integrated killings was contacted.

This is news for development. Watch CTV News at 11:30 for the latest, or follow Ben Milllure on Twitter: