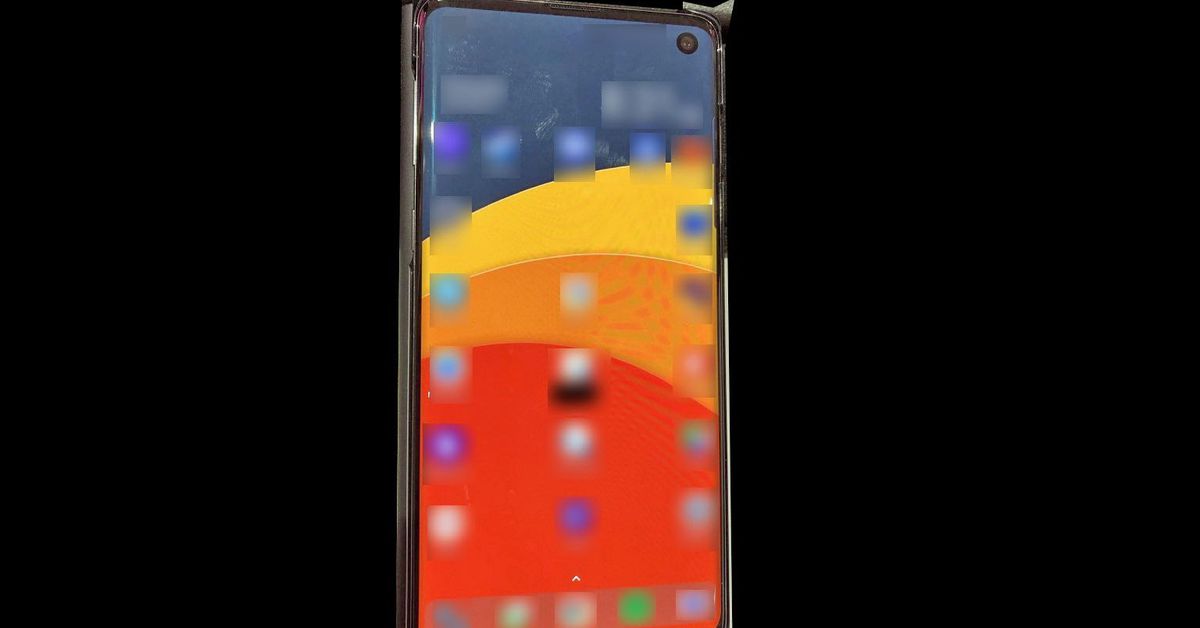 We are just under two months away from Samsung's most likely announcement for the Galaxy S10, and the first big phone exit has just arrived. The serial gadget leaker, Evan Blas, has posted a photo on Twitter for what he says is one model of the upcoming phone.

The photo shows an almost full screen phone, which is disturbed only by turning the camera off in the top right corner and slim frames around each edge. There is only the slightest additional thickness for the chin on the bottom.

Blass shows that this will be the standard version of the Galaxy S10. A cheaper model is also expected along with a larger Plus model and a 5G model. Samsung usually announces its Galaxy S phones in late February.

Samsung has escaped a tough trend that has been spreading at the base of every other smartphone in the past year. But the company recently unveiled a series of next-generation screen designs that are beginning to include some minor interruptions.

What we see here on the expired S10 is from the model Samsung calls the Infinity-O display, for which we have already seen another phone. Its use here will make the first Samsung S10 phone to include any screen breaks instead of building the technology in the frame above the screen.