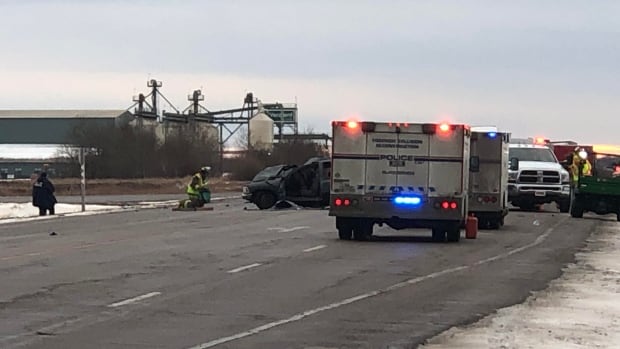 A 17-year-old boy was killed in a crash near Vanskoye, Saskatchewan, on Wednesday afternoon, MCRM confirmed.

The teenager was a pickup truck driver who was involved in a crash of three vehicles on the 7 highway near the Vanskoy exit, a village 25km southwest of Saskatoon.

The driver of the truck, also 17, was transferred to a hospital with unspecified injuries.

Police said investigators are still trying to determine what caused the collision and whether any charges would be placed.

STAR-11 (Saskatoon) was sent for an emergency event in the Vanskoy district of the UK.

Both lanes in the east and west were closed near western Vanskoy on Wednesday, and traffic had to be diverted around the crash. 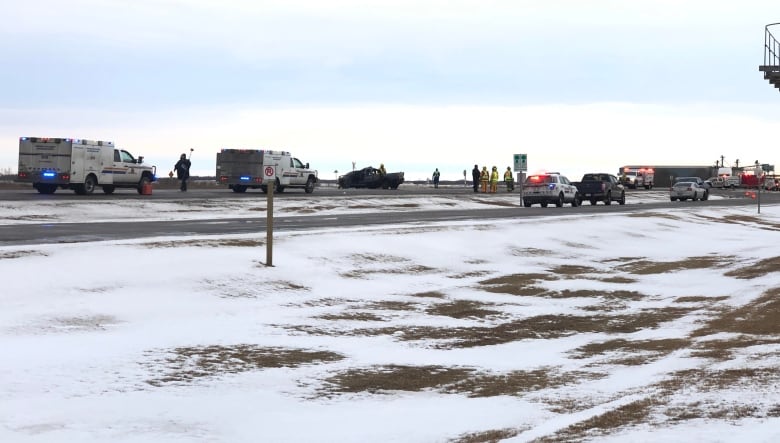 Several emergency vehicles were at the scene of a crash on Wednesday. (Matthew Garand / PS News)

The CCRM has now confirmed that a second accident in the area, involving a car and a truck, took place on Monday morning. Several people were sent to hospital with injuries that are not life-threatening.

The accident happened 1.5km west of the scene of Wednesday's clash.

The cause of the second crash is also under investigation, but the highway is once again reopened after traffic was briefly redirected via Vanscoy.