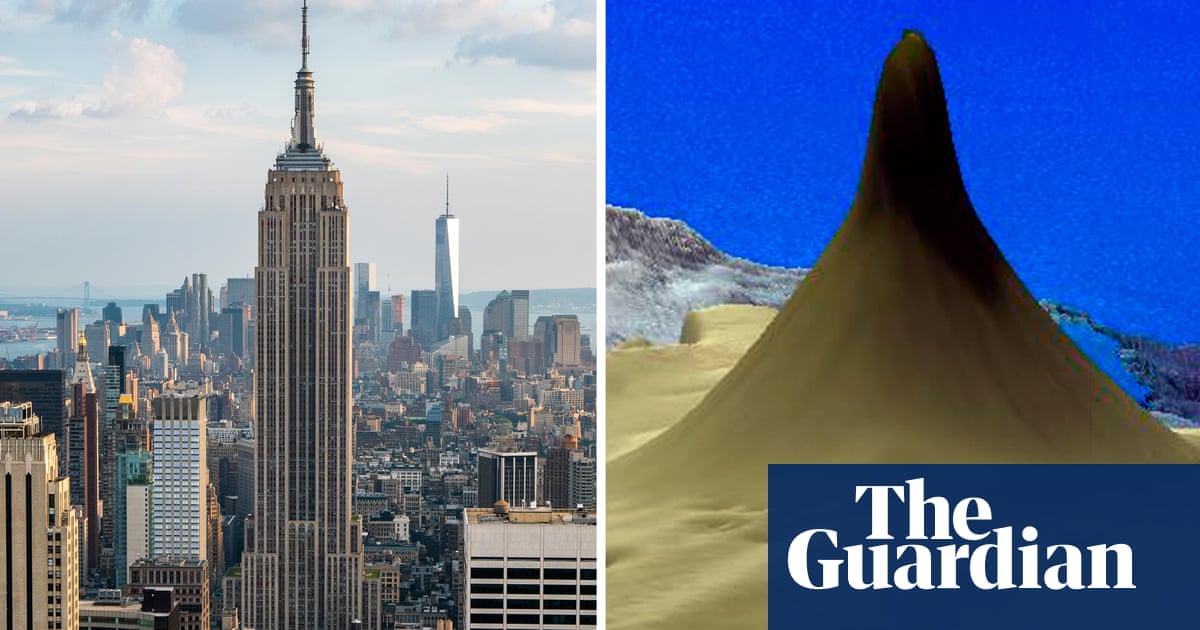 Australian scientists have discovered a separate reef more than 500 meters high – taller than the Empire State Building – at the northern end of the Great Barrier Reef.

Tom Bridge, of the ARC Center for Excellence in Coral Reef Studies at James Cook University and lead expedition researcher, said the reef was 1.5km wide at its base and rose half a mile to 40m from the surface.

It is the first large detached reef found in the area since the late 19th century when seven more were discovered more than 150km from the ocean, Bridge said.

“What he emphasizes is how little we know about much of the ocean, even the Great Barrier Reef. The marine park is 344,000 square kilometers – larger than many European countries – and only about 6 or 7% of it is typical shallow water reefs.

“We know more about the surface of the moon than we do about what lies beneath our shores.”

The separate reefs are located at the bottom of the ocean along the continental shelf, but are not part of the main body of the Great Barrier Reef.

The newly discovered ridge does not appear to have many hard corals at the top, but has an “incredible abundance” of sponges, sea urchins and soft corals, indicating that the area is rich in nutrients carried by strong currents and deep water sources.

Bridge said the underwater robot camera used to explore the reef showed that many reef fish lived in it, including small fish and silverfish and gray reef sharks.

A video of the robot’s discovery, known as SuBastian, was streamed live and posted on YouTube.

“Not only are you mapping the ridge in 3D detail, but seeing this discovery with SuBastian is amazing,” said expedition leader Rob Beaaman.

The discovery is likely to lead to years of research. The Shamit Ocean, the Falcor, is on a year-long exploration of the oceans around Australia. Scientists on the ship plan to continue mapping the northern Great Barrier Reef until the middle of next month.

The institute said previous discoveries on the voyage included what is believed to be the longest-recorded sea creature, a 45-meter siphonophore, in a canyon off the coast of Ningalu in northern Western Australia. They say they have found potentially dozens of species that have yet to be described, including black coral, sponges and herringbone.