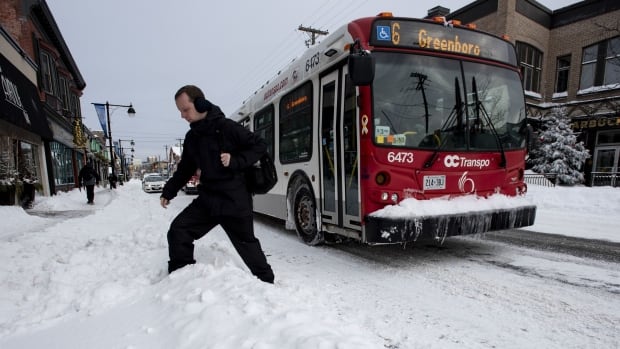 The chairman of the Ottawa Transit Commission says the city is making calls to buy or borrow buses from other Canadian cities as it explores options to relieve pressure on the light rail system caused by the problem.

"Understandably, calls are coming out of Canada to see where there are buses we could use," said Coun. Alan Hubbell told RBB Robin Bresnahan, host of Morning morning, on Friday.

Look, look everywhere, including other transit systems, to see if anyone has any buses we can borrow or buy.– Advise Alan Hubbell

"Look, look everywhere, including other transit systems, to see if anyone has any buses we can borrow or buy."

Hubbell said the city is still considering a range of options in an effort to resolve delays on the new Confederation line.

If the city decides to increase its fleet of buses, it makes no sense how it will pay for them – or their drivers – but Chabley said staff will be looking into the budget to find the money. The city could borrow from its budget for road work, for example, to pay for vehicles, he said.

"There we look at something. Dependency depends on how much money we have to get. "

Reserve buses have been called in more than a dozen times as a result of a Confederate line malfunction since leaving the main bus line on October 6th.

Earlier this week, city councilors called for more buses to return to relieve pressure on the LRT and hopefully reduce the number of delays experienced drivers.

Nepal's envoy, Lisa McLeod, offered help to Mayor Jimmy Watson's province on Thursday. She told the FBC that she had also asked the federal government to offer additional support.

Hubbell said more details on the city's plan to add more buses will be given by the time the transit commission meets on Wednesday.

All 40 Ottawa spare buses were back on the road last week, with no spare parts left.