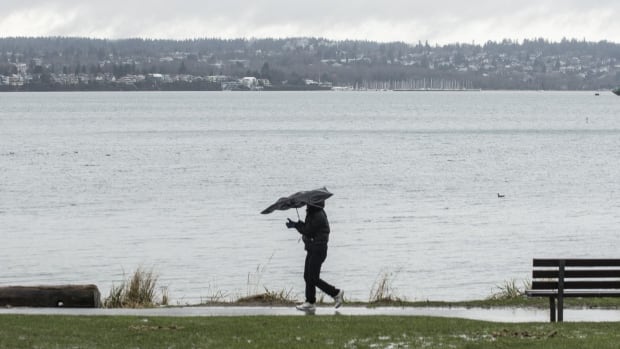 Another day, another rain.

Metro Vancouver residents can expect more rain to fall before the day ends due to the Pasician frontal system of the Pacific that is blocking the region.

Environment Canada issued a rain warning for the second day in a row. According to the time agency, 20 to 30 mm of rain fell before noon and another 15-20 mm is expected by the end of the day.

Areas near the mountains could get another 40 millimeters before the end of the day.

And that's how flooding begins #Raincouver. ???
.
Pls:
• # Slow down on the roads & amp; be aware of pooling water,
• Give yourself enough time to get to your destination,
• Allow extra space between vehicles,
• Do not drive to distraction.#StaySafe!
.#VPD @icbc #BCStorm #Vancouver pic.twitter.com/bSzXHs3A1n

This part of the road near my work is subject to flooding, but I've never seen it bad before. #BCStorm #NorthVan #ShareYourWeather @weathernetwork pic.twitter.com/hqVLl7lDu0

Authorities in the region on the middle of the island also look at rising river levels that can lead to further closure of the roads.

1515 hours on the Small River Bridge on the Qualicum River on Hwy 19a. The water level remains high but does not cover the highway. #BCStorm @MainroadMIsland @DriveBC_VI @CHEK_News @CTVNewsVI pic.twitter.com/OmxXmA4h3x

And while the rain can be relieved until Thursday night, so as not to warn of the weather, do not shorten the umbrellas completely yet – rain and rain are foreseen for Friday and during the weekend.

Road closures and highway conditions can be found at www.drivebc.ca.