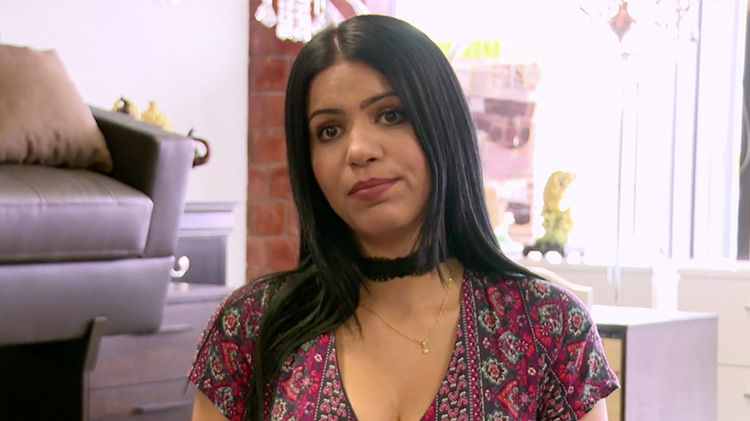 Over the weekend, 90-day-old fiance star Larissa Dos Santos Lima has been arrested for one case of stealing a domestic battery after her fight with her husband Colt Johnson, In touch previously reported. But this incident was not the first time Larissa was in trouble with the law – she was arrested the second time, and the first incident occurred several days before Colt's wedding.

According to the Las Vegas court card received by In touch, Larissa was also arrested and accused of stealing a domestic battery on June 19, five days before Colt's wedding. She did not plead guilty, which was later rejected by prosecutors. The charges of this July incident were dismissed by the judge in October.

Just a month later, Larissa landed in legal trouble after the police were called home in Las Vegas, which she shares with Colt and his mother, Debbie Johnson. Debbie was not at home at the time of the incident because she was in New York for her appearance 90-day live fiancebut Larissa shared the details of the fight she had with Colt, which ultimately led to her second arrest.

In a series of videos about her story on Instagram, Larissa explained that Colt told her not to post any photos of him or her on social media because he wanted to hide his relationship from his observers to keep his current story 90-day-old fiance. But Larissa was upset that Colt did not want anyone to know they were still together, which led to a quarrel between the couple.

Eventually, the situation was reported to have increased so much that Colt picked up Larissa's phone, prompting her to use her biography on Instagram as a way to ask for help. Concerned fans called cops, and Colt made a statement in the now removed post of Instagram explaining why Larissa was arrested.

"The police conducted an interview with us, but soon she decided to arrest in Larissa," wrote Colt. "No one was harmed and I did not prosecute my wife, but in Nevada there is a rule that if we are in a partnership, someone must be arrested."