KOVID-19 in BC: Over 900 new cases, 28 schools with new exposure, implementation of masks and much more 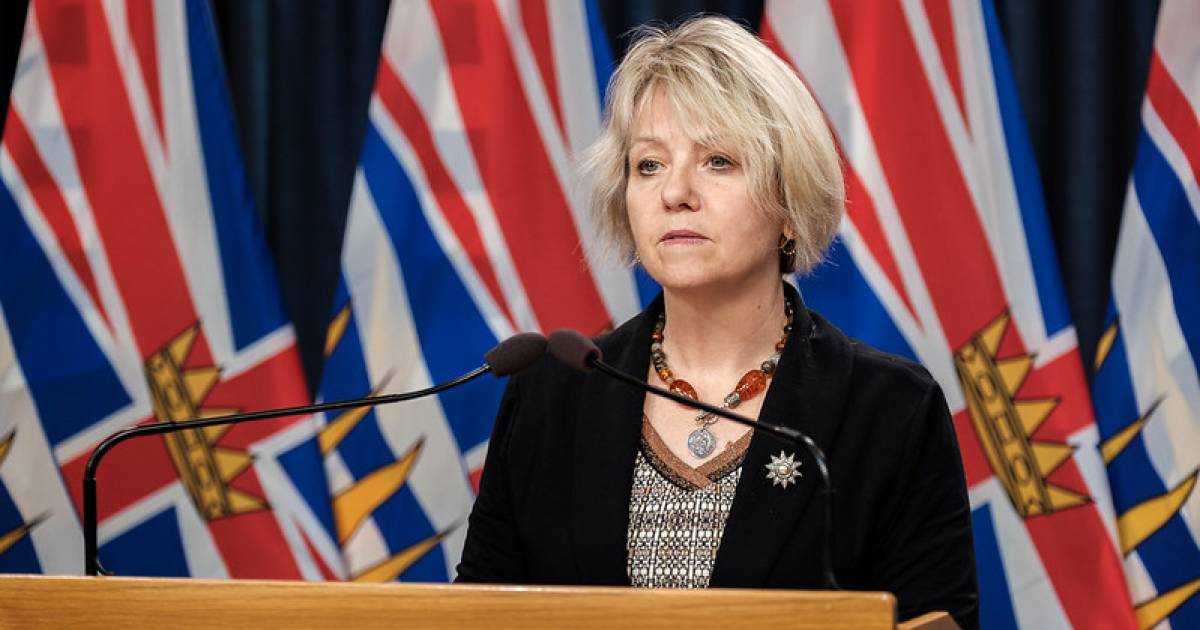 Today’s new case count not only set a new record, but also reflected one of the biggest upswing.

The number of deaths remains high, and the number of cases has increased in all other categories.

There are also two new outbreaks in healthcare, pub exposure events and a shop and seven flights and 28 schools with new exposures.

All British Columbians 12 years and older must wear face masks, including:

Emergency Management BC provides further orders for the implementation of masks worn in common areas of residential buildings, condos and workplaces.

Face shields are not considered a mask replacement, as there is an open space under the mouth.

Those who can not wear a mask or who can not put on or remove a mask without the help of others are excluded.

Masks can be removed temporarily to identify a person wearing a mask while consuming food or drink, participating in a sport or fitness activity at a sports facility, or receiving a personal or health service that requires removal of the mask.

Anyone without a mask in a closed public place or who refuses to follow the enforcement agent’s instructions, including leave instructions, or who responds with abusive or belligerent behavior, could be fined $ 230.

From August 21 to November 20, 59 injury tickets were issued, including:

Since the beginning of the pandemic, police agencies in BC. issued 64 injury tickets to individuals violating federal quarantine law totaling $ 70,000.

Henry announced that today there are 941 new cases in BC, which is a new record. (The last record was registered in 762 new cases on November 18.)

By regions, this includes:

Currently, there are 284 people in hospital (seven more as of yesterday), with 61 of those patients in intensive care units (two more than yesterday).

Tragically, the number of new deaths remains high once again – there have been 10 new deaths related to KOVID-19. The cumulative total death toll now stands at 358 people who died during the pandemic.

During the pandemic, BC reported a total of 28,348 cases in British Columbia. By regions, this includes:

Fraser Health said in a statement today that the outbreak at the Burnaby Hospital Drug Unit, declared Nov. 10, had left 55 patients with a positive test and five dead. In addition, 44 test-positive staff members are under investigation to determine if they are related to the outbreak.

A fire broke out at the hospital on November 15, and Fraser Zdravje said the response to the fire was considered a contributing factor.

Meanwhile, there are two new outbreaks of health facilities:

Epidemics in Fraserway Secondary Care Lodge in Richmond and Agasiz Community for the Elderly in Agazis have been declared completed.

There are no new epidemics in the community.

Vancouver Beach Health has announced a public display event at a pub in downtown Vancouver on Morrissey at 1227 Granville Street from 6 a.m. to 11 p.m. on November 12 and 13. The pub has not yet posted any announcement about the exposure on its social media or website.

Loblau announced that a staff member who last worked at the site of King George Boulevard 7322 in Buyers Drug March in Surrey on November 19 has since been a positive test.

The BC Center for Disease Control has announced these seven COVID-19-certified flights on its list:

For information on affected rows, visit the BCCDC website.

Coastal Vancouver Health has not added new dates for its schools.

Island Health added one school: Primarily Randerson Ridge (6021 Nelson Road), which had a cluster of November 4 to 6 and 9 to 10, added November 12 as the exposure date.

Internal Health added one school: Cazorso Elementary School (3675 times Cazorso), which previously had exposure from November 5 to 6 and from November 9 to 10, had a new exposure on November 12.

In Barnaby, Moscow High School (4433 Moskop Street), which had previous exposures from 3 to 4 November, had additional exposures from 12 to 13 November.

In Coquitlam, Middle hundredth anniversary (Poirier Street 570), which previously had exposure from October 15 to 16 and from October 19 to 21, added November 13 and 17 as exposure dates.

In Chilliwack, Intermediate GW Graham (45955 Thomas Road), which previously had exposure on October 23 and from October 26 to 29, had new exposure from November 16 to 18.

Maple Ridge had one school: Thomas Haney Intermediate (Avenue 23000 116), which had a previous exposure incident on October 26, had a new exposure on November 17.

In Surrey, 16 schools had new dates: