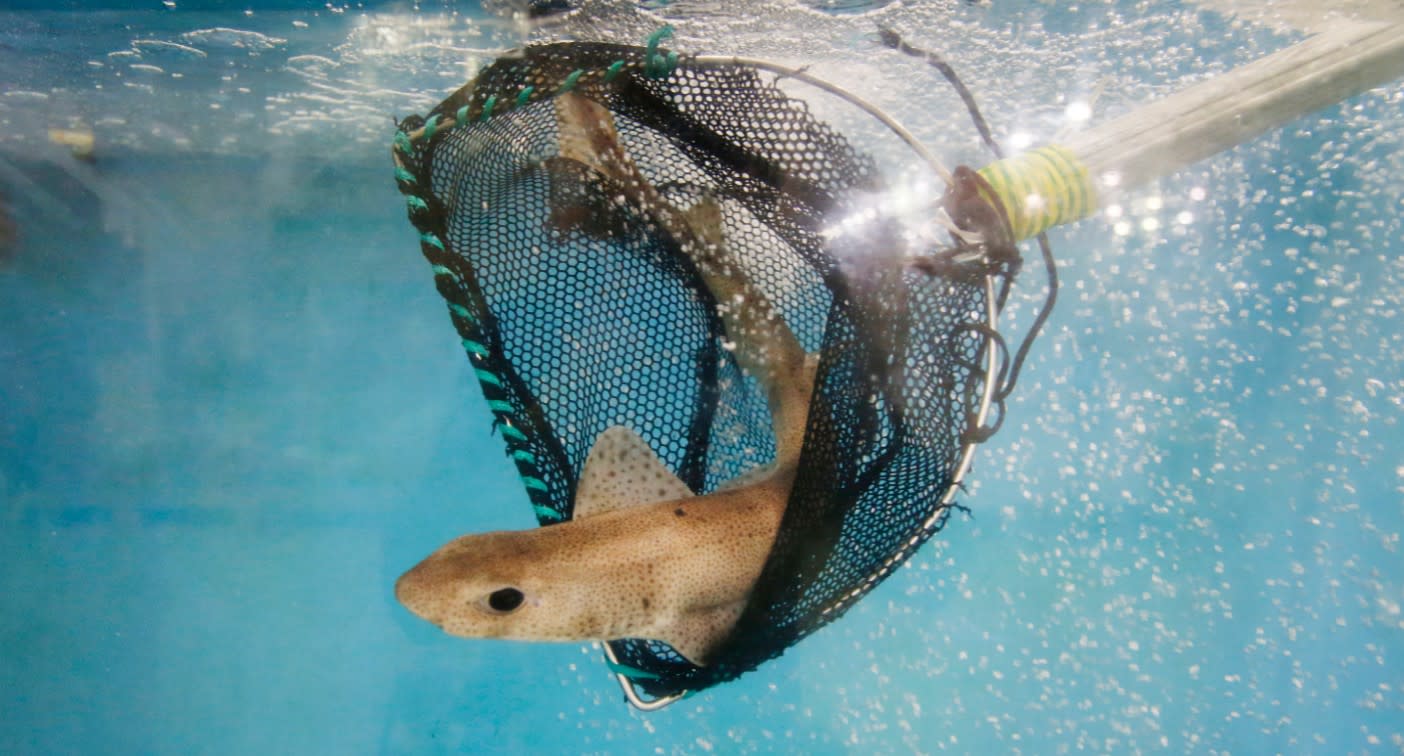 The newspaper, published in the January 31 Scientific Reports magazine, found that most of the chips samples – sold under generic names such as huss, rock salmon and rock-yakk – are actually crumbling wetlands.

Spitches taken from the wholesale sample included hammers that were classified as globally "endangered" and were subject to stringent international trade restrictions.

The shocking discovery was made using "DNA barcodeing", a method that uses an assigned part of a specific gene to identify the organism of the species.

The study analyzed 78 samples of chips stores and 39 of fishermen mostly in southern England, as well as 10 fins from a wholesaler.

The researchers also studied 30 fins seized by the United Kingdom border forces on the road from Mozambique to Asia, including bull sharks – a species classified as "close threatened".

After the discovery, the researchers called for more specific labeling of food, so people know what kind of fish they eat.

Dr. Andrew Griffiths of the University of Exeter said: "The discovery of endangered shark sharks highlights the widespread sale of descending species, even to reach Europe and the UK.

"Separate investigations focusing on Asia have the most commonly-identified smoothed hammer in the processing of fins.

"A stupid head can be imported under strict conditions, but the wholesaler had no idea what kind of fin they belonged to."

The fins of the UK wholesaler, which provides UK Asian restaurants and supermarkets, also include other threatened species of shark, such as shortfin mako and smalleye hammerheads.

The analysis of the samples obtained from the chip stores also identified other types of world-endangered sharks, such as nursehounds, smooth hounds and blue sharks.

First author Catherine Hobbes, also from the University of Exeter, told the findings: "People may think they are getting a sustainable product when they are actually buying endangered species.

"Knowing the consumption of shark species in the UK, especially those with forbidden species and those concerned with great astonishment, increases our ability to cope with the decline of shark populations.

"This highlights the gaps that still exist about tracing where the fish come from.

"We work with people in the industry to translate policy changes into effective activities and ensure that consumers from the sea to the table know what they eat."