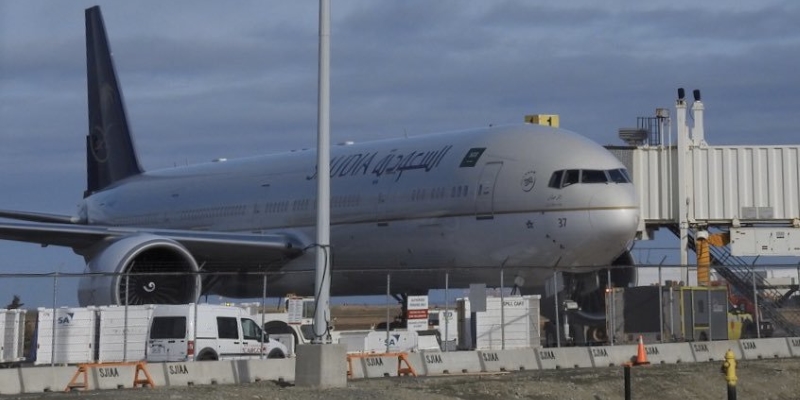 Airport officials confirm that Saudi Arabia Airlines 777 was diverted to St. John's medical emergency – whose nature is not known at this time.

.@stjohnsairport confirms that this Saudi Airlines 777 was diverted to #yyt for a medical emergency. Two ambulances were only seen leaving the airport with activated lights and sirens. The nature of the emergency is not known. The flight is heading to Washington @VOCMNEWS pic.twitter.com/bPZhA60JGB

The flight was heading to Washington.