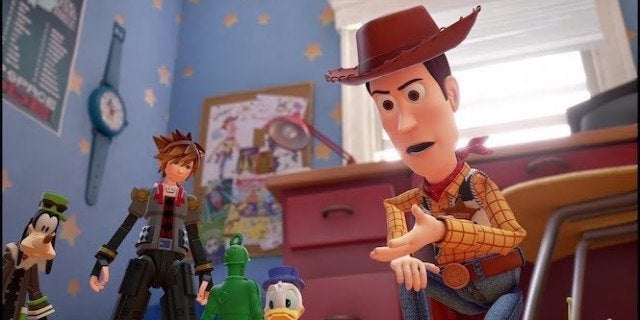 We are less than four weeks since the arrival of Kingdom of God III, after spending what is felt as eternity waiting for it. The game was announced years before; and for a while, we wondered if it would come out at all. Unfortunately, it's finally.

So what took so long to make way to get rid anyway? Was there a problem with financing the game? Or Square Enix just wants to take extra time to become special? There were a number of reasons that lasted, but co-director Tai Yase decided to clear the air.

In a recent interview with Newsweek, Yasue explained that the engine of the game needs to be replaced, with the previous one being obsolete. With this came a little learning process for the team, he had to learn additional developmental tricks and nuances.

"Our current engine is great in terms of the development of a high AAA title, but because there have been changes in technology and workflows, it takes time for the team to adjust and adjust," he explained.

But he also felt the frustration that fans were going through waiting Kingdom of God III to become a reality. "I'm really sorry that I kept everyone waiting for so long," Yase said. "It took time, but we really wanted to make sure the game meets the expectations of everyone. I hope, more than I hoped for something else in my 20 years of making games, for everyone to enjoy it."

There a lot the excitement that will enter the game, including the number of trailers that made their debut over the past month, introducing the different worlds that Sora and the company will explore through the sequel. They include Story with Toys, Monsters Inc.. and Great hero 6, among many others. No doubt, fans will be in treatment.

We have just a little more to go, Kingdom of Hearts fans. The game will arrive on January 29 for Xbox One and PlayStation 4.

Want to chat about your favorite characters in Kingdom of Hearts series or other ingenious stupidity? Follow Me on Twitter on @TheDCD!

(Hat top of DualShockers for scoop!)