Camera captured: A man longs to condo the shelf to grab the cat from the balcony 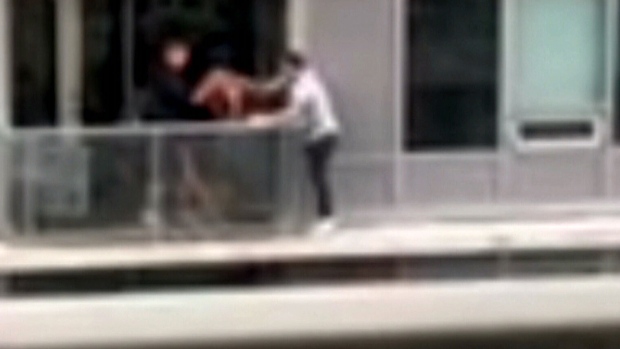 Ryan Flanagan, CTVNews.ca with a report by Brandon Rove from CTV Toronto

The video shows a man walking down a narrow shelf six stories to rescue a cat that made his way to the balcony of his neighbor.

James Powell, who filmed the footage, lives across the street from a condom building in the Liberty Victoria district of Toronto where the rescue of high-risk strokes occurred.

He told CTV Toronto that he was thinking to tell the man to propose to think about what he was doing, but decided not to, because he was worried that he would scare him.

"There are so many things I wanted to say," he said.

Police in Toronto say that man's actions were in no way criminal, even if they wanted to find him in a less dangerous way to return the cat.