Calgary's Green Line was supposed to be a new spine to the middle of this widespread city and transform the settlements on the road, but the planned light rail now faces possible delays, balloon budgets and lukewarm support from the province before construction begins.

Although considered to be the largest public works project in Alberta's history, it may take several years before the country collapses on much of the proposed 46km transit project, which was to extend from the northern edge of the city to its the southernmost suburbs. The project was troubled before Prime Minister Asoney Kenney's government announced a short-term cut in the province's contribution. Now, Calgary's mayor warns that the transit line is in danger.

The council gave the Green Line preliminary approval in the summer of 2015, when oil revenues were still filling state coffers and Calgary's population was growing. The current $ 4.6 billion project budget is now in front of a city council that closes swimming pools and recreational facilities because it appears to be cutting costs. Downtown property tax revenue fell when office towers were emptied when thousands of jobs were lost in the years after energy prices began to decline in late 2014.

Only the portion of the Green Line that would move south of the city center attracts much attention from planners. The northern half will come later. Municipal authorities also rejected a long-term plan for a tunnel beneath the city center because of the costs.

Construction is set to begin next year. However, the council has yet to approve the full plan, and councilors warn that the start date could be derailed. Mayor Nayed Nancy says it is important to get proper planning.

On Friday morning, during the first meeting of the city council's committee on the Green Line, officials cleared the challenges. Downtown tunneling will not fit into the budget, but businesses warn they will oppose the new train line at street level or above. City officials now say the whole project could be divided into north and south lines that never meet and avoid the challenge of crossing the city center.

"It's a difficult road ahead," said Councilor Evan Woolley. "Building this train right downtown will be the success or failure of this project. Nothing else matters. "

Calgary's two existing light lines are merged and street-level cross-town. The green line built across the city center will be normal in that transit way.

Councilors will decide in the months ahead whether they can afford to go ahead with the whole project or reduce it. A group of business center leaders have called for the city to take a break while the municipal budget is so tight.

"Calgary is fighting," said veteran veteran Jimmy Gray from his downtown office. "Up to a quarter of the buildings in front of my window are empty." Mr Gray was part of the group requesting the break. "This is a huge challenge and we just can't get this project into a ditch. We cannot afford it. "

According to the mayor, the current schedule and budget for the Green Line are driven more by politics than demand. At the beginning of this decade, the city wanted to build dedicated bus lanes along the planned route. Regular buses north of downtown Calgary are the most prevalent in the city, and rapidly growing suburbs in the southeast develop little transit. The light rail will come later when the money becomes available, Mr Nenshi said.

Things changed in 2015, when the federal government appetite to build transit in Calgary. Mr Kenny, then a federal defense minister, was sent from Ottawa to reveal a $ 1.5 billion pledge to finance light rail.

"We got a call Monday night that said, 'Hey, we're going to write you a check, how much do you want to check? "And on Friday, I stood bluffing over the Bow River with the then minister who announced that funding," Mr Nenschi said.

The mayor added that federal and municipal authorities quickly estimated that putting a light rail on the route would cost $ 4.6 billion. The other two-thirds of that amount would be split equally between the city and the province.

"It was always clear to the bureaucrats that it was a joke in the dark about money to be built," Mr Nenshi said. 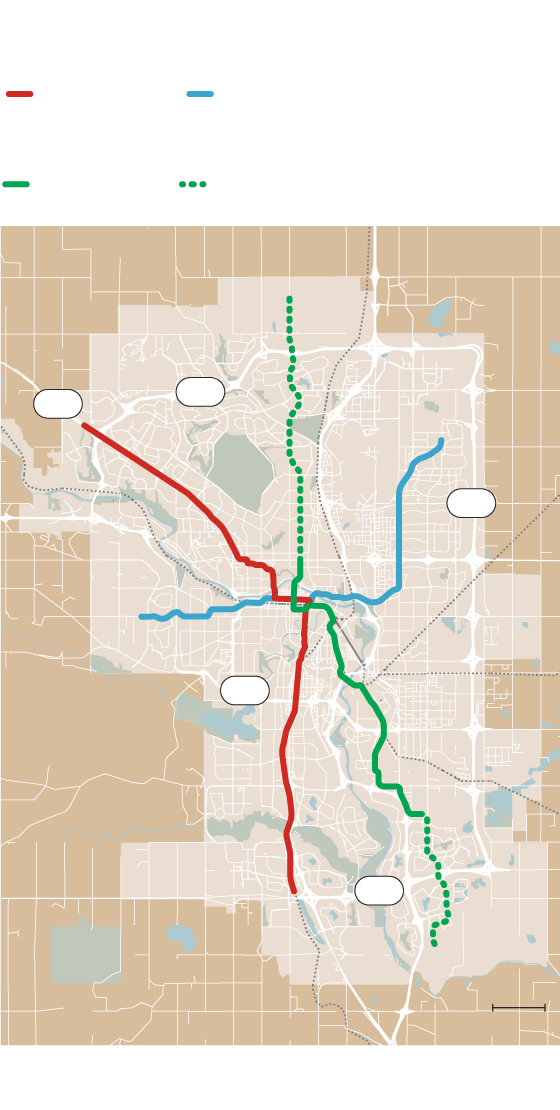 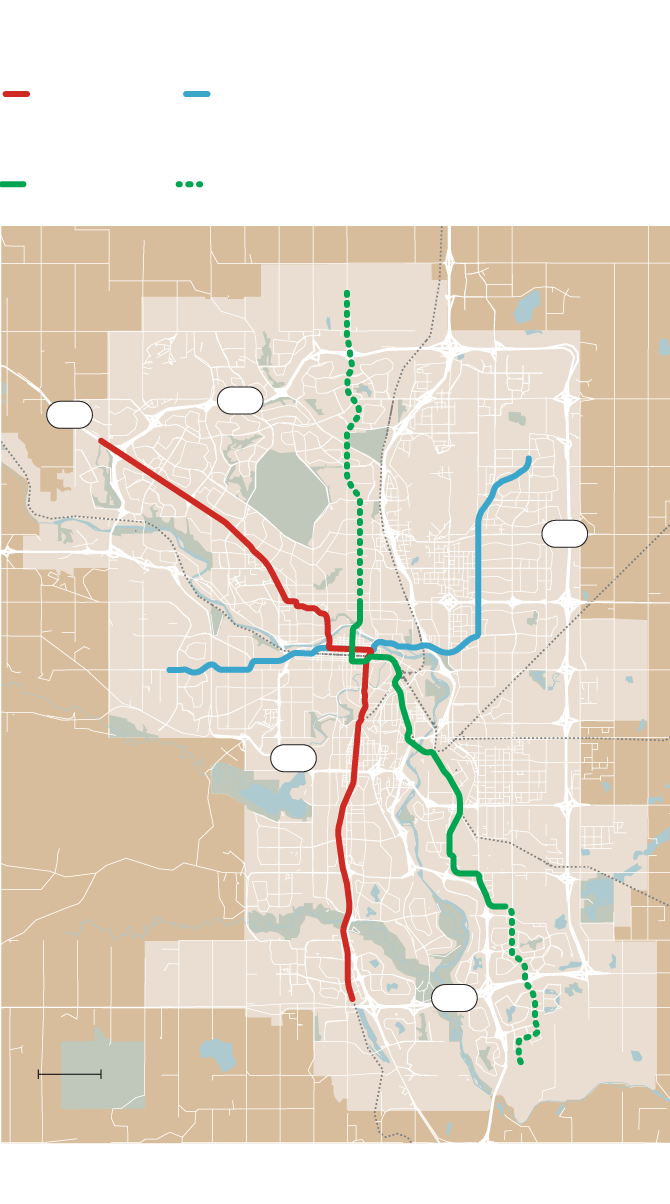 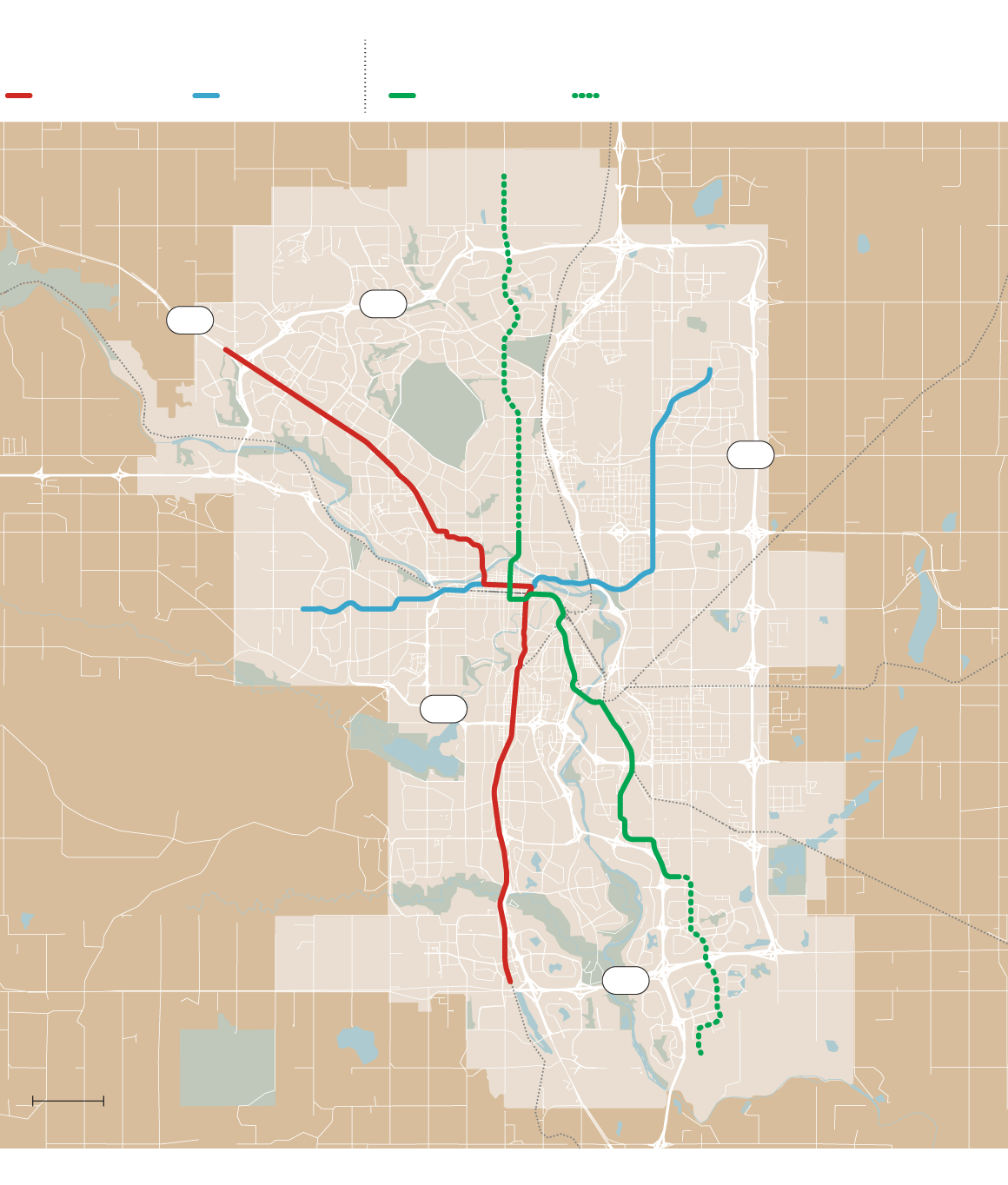 Now, as Premier, Mr Kenny has complained that the price of 20km from the line the city wants to build first, which starts just north of downtown and goes about two-thirds of the way south of the city, has the same price – $ 4.6 billion – as they had originally worked for the entire 46km.

"My question as Calgary, as a taxpayer, as a former federal minister who put $ 1.5 billion on the table is: What happened to the green line? How did it cut in half? "Mr Kenny said earlier this year.

Mr Nenshi says that was never the plan. "I am aware of his perception," the mayor said, but when the money was pledged in 2015, the city had no business plan or a full project cost estimate. "People think we should have built that 46-kilometer train in a failed sweep, twice the LRT in Calgary at once. It was never my intention. It always had to be built in phases, "he said.

Kenny's first government budget could mean delaying the project, reducing the payment of the first $ 555m of promised provincial funding over the next four years to $ 75m. The rest may come in later years, once construction begins. The city will have to borrow more to make up for it, causing high interest costs, Mr Nenschi said.

The province also said it plans to incorporate language into the financing agreement with the city that will allow it to stop paying its promised contribution in future years with little warning. Alberta Transport Minister Rick McEiver rejected the idea that the province was responsible for any delay in the project. "It's not as if the Alberta government is checking for the full amount today to result in construction tomorrow. Far from it, given how the council debate was going on, "he said.

Mr Nenshi said the delay in paying the province's share and a plan to change the financing agreement make it difficult for the city to move ahead on schedule.

We have a weekly newsletter for Western Canada, written by our BC. and the Alberta Bureau chiefs, who provide a comprehensive news package that you need to know about the region and its place in the problems facing Canada. Sign up today.