B.C. the couple killed by train recently celebrated 70 years together 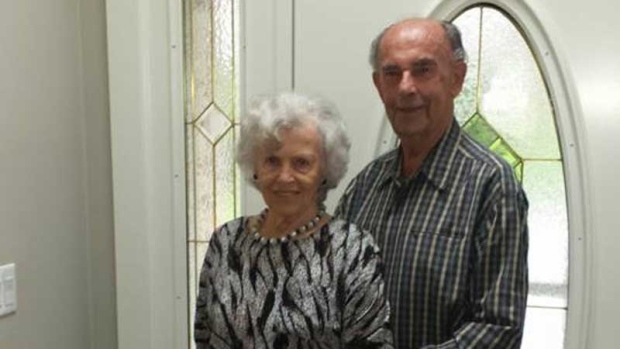 CTVNews.ca Staff, with a report from CTV Vancouver Bright Carsten-Smith

The couple who died together after being hit by a freight train in British Columbia on Sunday recently celebrated their 70th anniversary at the wedding.

Christian Heitke (90) and Igerr Hasthok (88) died after the car was stopped on the Canadian Pacific route in Langley, BC, about 50km east of Vancouver.

Granddaughter Christie Martins described the couple as devoted to her family and to each other. She said they celebrated their anniversary in September.

The RCMP said the car was stopped on the track when the crossing arm was lowered. The CNC air train in the west burst into the vehicle, pushing it more than a mile.

Police continue to investigate what happened. No mechanical problem or medical episode is excluded.

The province installs signs at several key intersections that will warn drivers earlier for future trains.