Astronauts are experiencing these key changes in space that could affect their health, new research shows 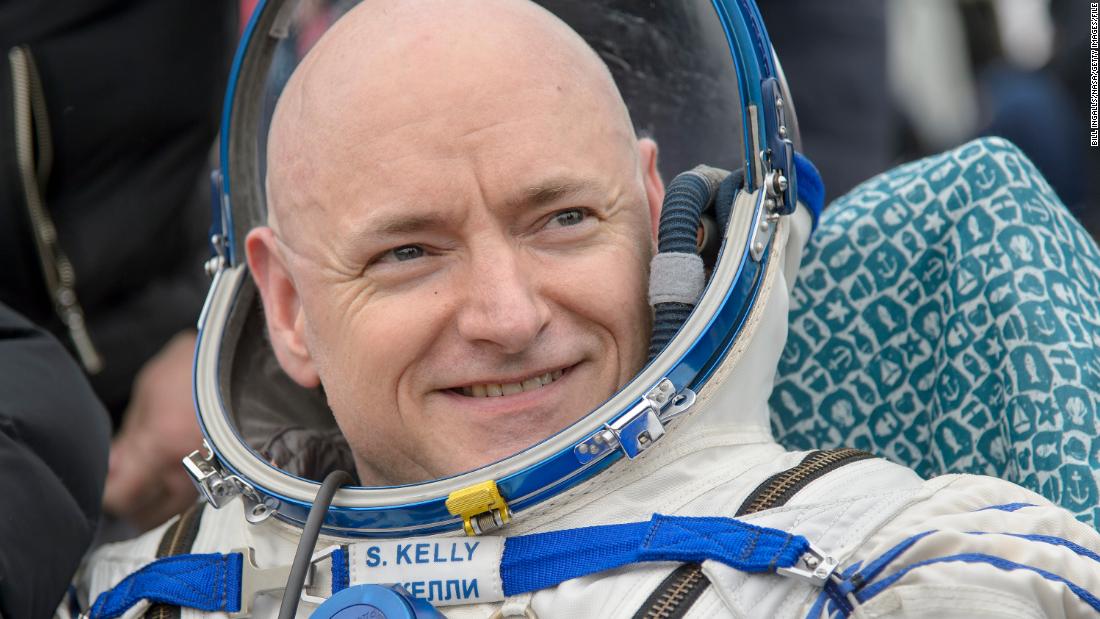 Scientists have now collected the largest set of data on space biology to date of astronauts including the Kelly twins, mice and insects that flew to the space station.

The 30 studies, authored by more than 200 researchers from around the world, provide the most information on the risks of space flight to the human body.

Studies identify six key molecular changes that could have a significant impact on an astronaut’s health. Understanding these changes is key to preparing for long-term spaceflight missions to the Moon and Mars in the future.

Oxidative stress occurs when free radicals flood antioxidants into the cell, encouraged by the space environment. This type of stress has been found to be largely related to other molecular changes observed by researchers.

These changes at the cellular and molecular level can have a significant impact on the health of astronauts, both during and after their missions. These effects have been observed on the cardiovascular, central nervous, musculoskeletal, immune, and gastrointestinal systems, as well as causing circadian rhythm disturbances and changes in vision.

Increased risks of cancer are associated with these changes.

One new study also identified clonal hematopoiesis, in which mutation-carrying blood cells spread faster than others, as a potential risk for astronauts with cardiovascular disease, lymphoma and leukemia. Clonal hematopoiesis was identified in blood samples from astronauts 20 years before the average age when it was normally detected at age 70, compared with 157 cancer patients.

“Understanding the health implications of (6) features and developing effective countermeasures and health systems are key steps in enabling humanity to reach the next phase of space exploration,” the authors wrote in their study concluding on the effects of space flight.

Telomeres act as caps on the ends of chromosomes to protect them, and they shorten as people age.

During the Gemini study, the telomeres in Scott’s white blood cells actually grew longer in space and returned to normal length after he returned to Earth.

In the new study, blood samples were taken from 10 astronauts collected before and after the space flight and compared with the results of a twin study.

Although these astronauts were protected from some cosmic radiation during their six-month stay on the space station because it is in low-Earth orbit, researchers have found evidence of damage to their DNA.

Astronauts’ telomeres are elongated in space as a result of chronic oxidative stress that occurred during space flight. When they returned to Earth, their telomeres were shorter than before spaceflight.

“We now have the foundation to build – things we know we’re looking for in future astronauts, including changes in telemeter length and DNA damage reactions,” said Susan Bailey, author of three studies and a professor at Colorado State University. .

“We are moving forward, our goal is to get a better idea of ​​the basic mechanisms, of what happens during a long space flight in the human body and how it varies between people.”

Bailey, an expert on DNA damage and telomeres, was also a researcher on the twin study.

While longer telemers may sound like the advantage of space travel, Bailey suspects that this effect could lead to other risks, rather than serving as a fountain of youth.

“Extending the lifespan or immortality of cells that have suffered DNA damage caused by cosmic radiation, such as chromosomal inversions, is a recipe for an increased risk of cancer,” Bailey said. “Telomeres really do reflect on our lifestyles – whether on or off the planet. Our choices make a difference in how fast or how well we age. It’s important to take care of your telomeres.”

It’s all in the mitochondria

Mitochondria are plants that produce the chemical energy needed by cells. And when exposed to altered gravity or radiation, they essentially malfunction.

“We started by asking if there was any universal mechanism in the body in space that could explain what we were seeing,” said Afshin Behesti, senior study author and lead researcher and bioinformatist at NASA’s Ames Research Center in California.

“What we have discovered over and over again is that something is happening with mitochondrial regulation that throws everything out of the tide.

Their study included data from the Twin Study, animal studies and samples from 59 astronauts.

When mitochondria are suppressed, ripple effects can be seen through the liver, other organs, and the immune system. Researchers believe that this dysfunction may also explain the astronauts’ problems with circadian rhythms (body clock) and even cardiovascular problems.

Understanding the root of the problem can help researchers address it.

“There are already many approved drugs for various mitochondrial disorders, which would facilitate their movement towards this application,” Behesti said. “The fruit of low stature would now be to test some of these drugs with animal and cell models in space.”

Stress of the heart in space

A study using fruit flies born on the space station, which means they have spent half their lives in space, has shown that their hearts are smaller and less efficient at pumping blood. And if astronauts live on the moon or on the surface of Mars for a long mission, they may experience something similar.

“For the first time, we can see the cellular and molecular changes that could underlie the heart condition seen in the astronaut studies,” said Karen O’Connor, co-author of the study and an assistant professor in the Sanford Program on Development, Aging and Regeneration. Burnham Prebis Institute for Medical Discovery, in a statement.

“We initiated this study to understand the effects of microgravity on the heart, and now we have a roadmap that we can use to begin developing strategies to keep astronaut hearts strong and healthy.”

Fruit hearts are similar to those of humans when we are in the womb. The flies were returned to Earth and their heart function was tested by seeing how they passed as they climbed the side of the test tube.

“In a normal heart with a fly, muscle fibers work like your fingers when they squeeze a tube of toothpaste. In space flies, the contraction was like trying to remove toothpaste by pushing it down instead of squeezing it,” Okor said. “For people, this can be a big problem.”

The benefits of understanding how the human heart works in space can help those with heart problems on Earth – and those planning future space missions.

“As we continue our work to establish a colony on the Moon and send the first astronauts to Mars, understanding the effects of prolonged time in microgravity on the human body is imperative,” said Sharmila Batacharia, author of the study and senior NASA scientist. .

“Today’s results show that microgravity can have dramatic effects on the heart, suggesting that medical intervention may be needed for long space travel and suggesting several directions for therapeutic development.