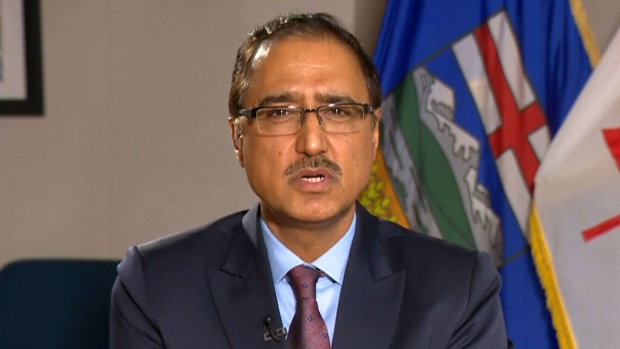 Minister of Natural Resources Ammarjet Sohi ordered the National Energy Board to assess whether Canada's pipes were used for their full capacity.

"I have instructed the National Energy Board today to make an evaluation of the existing capacity of the pipelines," Sohi told hosts Omar Sceine in the episode of "Power Play" on CTV.

He said the audit will examine whether Canada "is using it properly, optimizing the existing capacity, and if not, what steps we can take."

The minister added that the NEB will report to him "as soon as possible".

Canada faces a downturn in the energy sector, as oil prices hit record highs in recent weeks, fell to $ 14 a barrel earlier this month. Many of them point to Canada's fight to get a product on the market as a key factor in the price problem.

Sohi felt the frustrations of the energy sector first-hand on Friday when he met with the Edmonton Economic Chamber.

Politician Albertan welcomed protesters dissatisfied with the approval rate and construction of pipelines.

The prime minister proposed his own solution to tackling the problem. Its provincial government plans to buy rail cars in order to oil Albertan on the market.

The current backlog, she said, cost the economy about $ 80 million a day.

"We need to remedy this, and therefore we urge the federal government to help us, even in the medium term, with this problem," Notti said.

The federal government has not agreed to help with the planned railroad track purchase, but Noeteli said it remains "hoping to reconsider it."

Meanwhile, a new NEB government study could help increase the flow of Canadian oil – that is, if the board finds that pipes are not used for their full capacity.

Sohi did not give a firm deadline for the results of the NEB study.