The EC insists on clear answers from Bulgaria to the media, corruption and the Attorney General 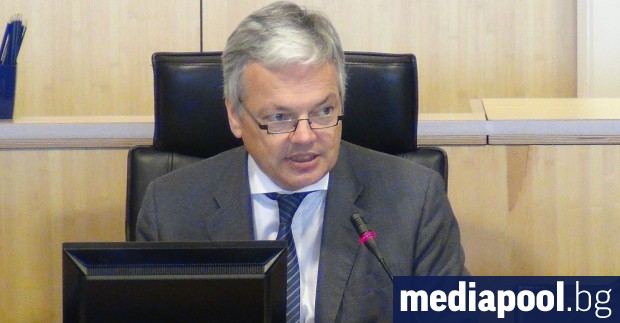 “The issue of media ownership and freedom in Bulgaria is as important as the recommendations in the judiciary, and I will insist on clear answers from the Bulgarian authorities,” EU Justice Commissioner Didier Reynders told BNR.

On December 10, a virtual debate is expected with the Bulgarian Parliament on the recommendations in the report for our country on the new horizontal rule of law mechanism.

In an interview with BNR, Commissioner Reynders said he would like to know how the government’s action plan has implemented the reforms recommended.

“It is one thing to have an action plan, and quite another to see that the reforms really work. To give a concrete example – we have remarks about the position of Chief Prosecutor in many Member States. “It is clear that in Bulgaria we want to see that the provisions on its accountability are complete.” he pointed out.

“We would like the answers given to us to receive more attention from the Bulgarian authorities on progress towards greater transparency of media ownership, as set out in the Justice Action Plan.” he added.

The justice commissioner also clarified that talks would be held to fight corruption and protests in Bulgaria.

“It is not enough to have a legal framework that explains how the fight against corruption will be implemented and the legislation that provides for bodies and bodies accused of it. It is necessary to check whether there are investigations in practice and, if necessary, court proceedings. persecution “, said Rainers.

“We have chosen to address 4 pillars in the rule of law report that are equally important. The independence of the judiciary is the first element in enforcing the rule of law, because if we want the authorities, citizens or businesses to be governed by the law, they must have access to an independent judiciary, but the elements of corruption and the media are just as important to us. in many Member States there is concern to see the extent to which there is a real capacity for action by the authorities responsible for the media. do they have enough resources “.

“You know, this remark was also addressed to Bulgaria. But the strongest remark is how to increase the transparency of media ownership. We would like the answers given to us to receive so much attention from the Bulgarian authorities for progress. as well as the justice action plan, “he added.

“We will continue to emphasize the lack of transparency in media ownership and the need to strengthen the means of action of the authorities in charge of monitoring pluralism.” said Didier Reynders.

He said that our country is monitored under a mechanism for cooperation and verification and under the new horizontal mechanism.

So far, no decision has been made on when Bulgaria’s monitoring under the co-operation and verification mechanism will end, the commissioner said.

“The commission must consult with the European Parliament and the Council before deciding what to do. So, at the moment there is no set date. And if we look at things in a very specific way, the mechanism is still present, we have a new rule of law mechanism. continue in all cases – it is an annual cycle “.

The new, permanent mechanism for all 27 member states does not replace the cooperation and verification mechanism at the core of its instruments, Didier Reynders added.

“The latter must lead us to the point where one day we will say: ‘The reforms demanded during accession have been implemented sufficiently to be abolished.’ “We will start from this logic.” “continued with the annual rule of law report, including in Bulgaria.”

The dual screening system does not cover the same topics at the moment, Rinders said.

“In the Rule of Law Report, we identified four chapters – on the independence, quality and efficiency of the judiciary, the fight against corruption, media pluralism and freedom and control, and the separation of powers. The Commission is currently following the debates very closely. The same can be said of the protests, which show that there is a real concern among the people about the way anti-corruption efforts are being made, and the more there are demands for further judicial reform, the more the fight against corruption will be at the heart. of the Cooperation and Verification Mechanism “.