The main road between the village Krushevec and the border crossing Malko Trnov, which is international, is dangerous for the moving cars and people in them, due to the frequent occurrence of hay wild horses. That was cautioned by eyewitnesses, Flagman.bg, who lost hope, as authorities in the country gave way to the problem.

"It's really strange that until now we have no human sacrifice, we offer photos of Flagman.bg of what happened last night with a foreign citizen between the village Zvezdec and the city of Malko Tarnovo" comments readers.

Following the announcement published last night, the tragic accident with the president of the Association of Balkan Turks in Korlu Segin Engin, the director of the Regional Directorate for Food Safety, Dr. Georgi Mitev announced. Extremely concerned about what happened, he confirmed the danger of sudden horses getting out of the way, but could not explain why they were due to the breeding of these really wild herds. Dr Mitev announced that on Wednesday, the mayor of Malko Trnovo Ilian Janchev and three local residents captured the city and managed to catch 4 horses. NVS specialists were called upon to examine the horses, find that they were not damaged and then euthanized.

"This is a real catastrophe and I do not know what kind of advice I can give." The Strandzha region is favorable for horses and there are many private farms, but the animals are with special chips and each of them is registered with us. believes that there are farmers who erect horses without mixing them, "said Dr Mitev.

Near the village Zvezdec – the village of Golemo Bukovo is one of the elite horse farms, whose meat is exported abroad. 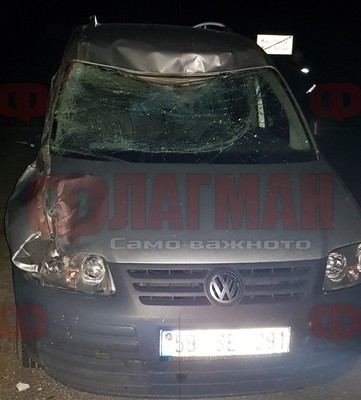