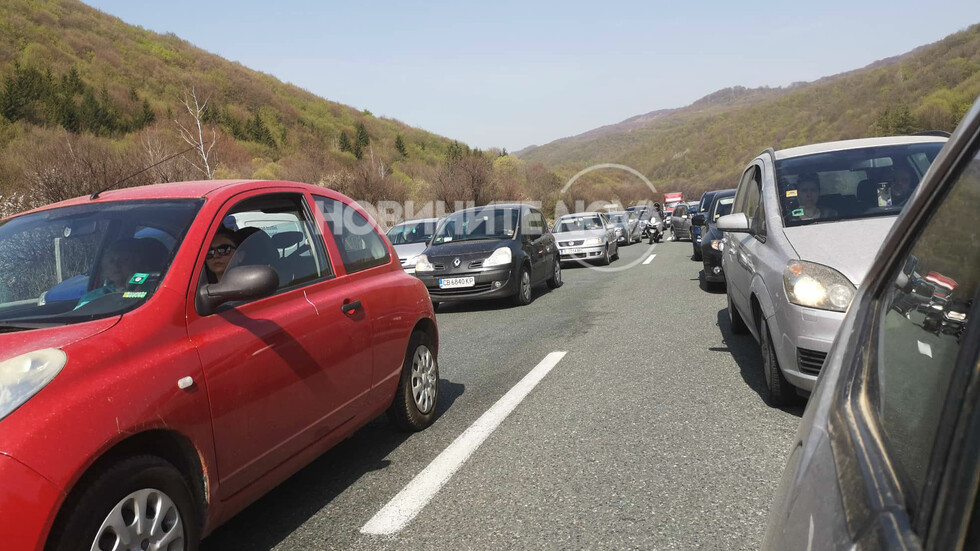 In the first weekend, the journey continues

In the first weekend, the journey continues. Serious pillars were formed along the Haus and Thrace highways. There are also queues for waiting at the border crossings Kalotina, Kapiten Andreevo and Kulata, where the column is more than 2 km.

The police presence of highways and roads of the first class will increase. One of the troubled areas on Thursday was the Haemus Highway in the Vitina Tunnel area, causing heavy traffic and plugs due to repairs.

Today there is no ban on heavy truck traffic over 12 tonnes today.

"Today, the day passed without any problems, there was no traffic jams," said the inspector Peter Nikolov of the National Police, insisting that there were 20 road accidents with 28 wounded in the past day, none of which had been killed.

The police presence will intensify in the coming days, with a focus on Saturday in churches and Sunday drivers. Police will monitor inadequate drivers or use alcohol

Tens of thousands of Romanians are expected to arrive in Bulgaria on Easter holidays. Vacation days in our northern neighbor are until May 1. Many Romanians are expected to cross the Danube bridge to Rousse on the way to seaside resorts. There are several new routes at the border crossing. The traffic is intense, but there are no tails. According to border police data, 95% of arriving in the country are cars and buses with tourists.

"An organization has been organized with the Romanian authorities, the Customs Agency, the Regional Border Police Directorate for the Prevention of the Stopping on the Danube Bridge, and many Romanian citizens are expected to be present in the Golden Sands at the moment only 15,000. This tourist flow is expected to cross mainly over the bridge on the Danube Bridge, "said general commissioner Theodor Atanasov, director of the Interior Ministry – Rousse.