Intensive traffic and increased police presence on the road – Bulgaria 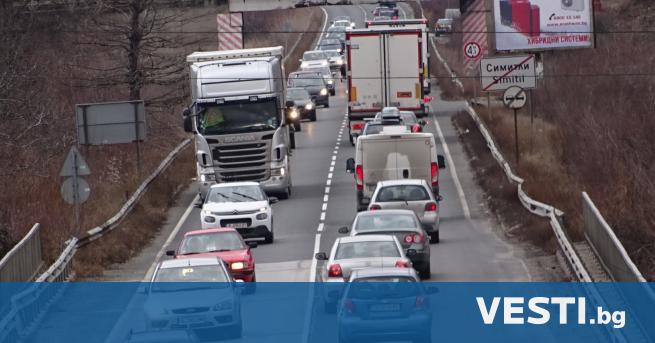 C the first day of the weekend series is expected to intensify traffic on the country's roads.

The organization of traffic and the increased presence of police on highways and first-class roads will also be on Monday when they are expected to be massive, NEW.

On Saturday, the area around the churches will be seen under a magnifying glass.

There are two lanes of departure from major cities in the correctional sections of the highways. And on Sunday – the focus will be on the drivers. Police will monitor inadequate drivers or use alcohol

The borderline movement is also intense.

Tens of thousands of Romanians are expected to arrive in Bulgaria for Easter. Vacation days in our northern neighbor are until May 1.

On the way to the sea resorts, most of the Romanians will cross the Danube Bridge in Rousse. There are several new routes at the border crossing.

According to border police data, 95% of arriving in the country are cars and buses with tourists.

"An organization has been organized with the Romanian authorities, the Customs Agency, the Regional Border Police Directorate to prevent traffic congestion on the Danube Bridge, and a large number of Romanian citizens are expected, currently only 15,000 seats in the Golden Sands are expected. bridge on the Danube, "said General Commissioner Theodor Atanasov, director of the Interior Ministry – Rousse.

Follow us anywhere and at any time with the mobile application of News.bg. You can download it from Google Play and AppStore.