Happy the year ends – what can we expect after that? 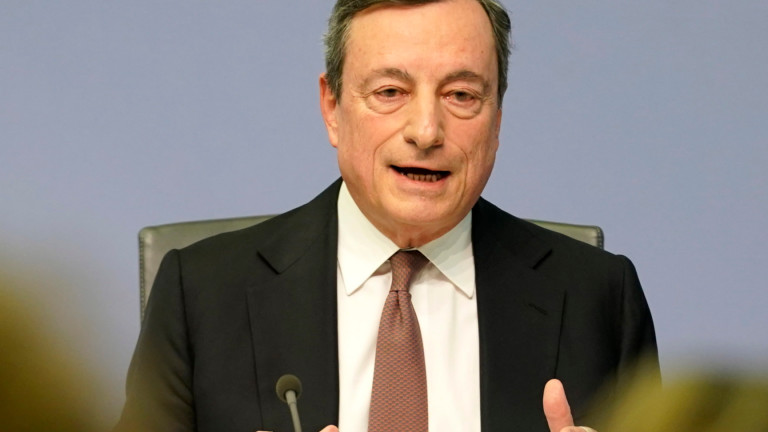 This year, at the end of October, the mandate of ECB chief Mario Draghi expires, and speculation about who will replace and what will strengthen the future policy of the European Central Bank.

If there is something that the current head of the ECB is likely to be remembered, after the end of his term, the phrase "We will do what is necessary" is most likely to be. This phrase briefly explains the politics of Dragons over the years.

Draghi's commitment to saving the euro in 2012 gained confidence in the financial markets and helped put an end to the debt crisis in the eurozone. Investors admired and were impressed by his willingness to overcome the new political crisis and maneuvers he has taken over the years.

And while, according to experts, everyone can be brave in times of crisis and take on crisis measures without thinking about the consequences in the long run, there are many issues that investors face.

For example, what will be the ECB's arsenal for the next crisis and is it delayed by normalizing interest rates in the euro area while the economy was still strong? Of course, some of these questions will respond to the times, and Draghi will remain as a "good or bad" head of the ECB, depending on the consequences that we will see.

Dear, often called "Super Mario", it seems to end its eight-year mandate without raising the level of interest.

Who is probably replacing Dragi?

The current member of the Governing Council of the European Central Bank (ECB), Benoît Kører, is pointed out by analysts as one of the most likely deputies of Dragi.

Kire was appointed member of the Board of Directors of the Bank in January 2012, two months after Mario Draghi took over the ECB. He is part of a team that has confirmed the so-called. unconventional monetary policy of the central bank.

Another potential deputy may be Philip Lane (49), who heads the Central Bank of Ireland in 2015. Lane was managing the steady growth of the Irish economy after aiding the eurozone in 2011-2014. The expert was basically a country to overcome the worst financial crisis of the Second World War.

Philip Lane is considered a politician who is not aggressive about raising interest rates.

Another potential candidate is for Dragi – and this is the head of the Finnish central bank Olli Rehn (former vice president of the European Commission), also considered a candidate with great chances.

Last month, Rehn said the ECB should monitor the Fed and reconsider its policy agenda, as inflation in the eurozone is still below the target since 2013.

How aggressive will the new candidate be in terms of interest rates? This is the question

After years of extremely weak monetary policy, including negative interest rates and an unprecedented $ 2.6 trillion purchase scheme, the economic growth in the eurozone is still weak and inflation is below the target of 2% of the ECB. The ten-year yield of German bonds is below zero.

Investors fear that the policy normalization window of the ECB has been closed, which means there is little in its toolbox to face the next recession. Like other central banks, it is also struggling to explain why the decline in unemployment has failed to lift inflation, whose market expectations are the lowest since 2016.

This raises major questions about the next chapter of the ECB, to be appointed by politicians, most likely after the European Parliament elections in May. Can a weak economy bring about the revival of quantitative easing (QE), with possible stock purchases, given the lack of eligible bonds?

In order to prevent a low inflation mandate, the next ECB head may need to consider the political steps taken by the Bank of Japan, such as bond yield control, according to market observers.

"The issue of the availability of too few instruments for the next postponement is a challenge for all central banks, but in the case of the ECB there may be a major political crisis to deal with the normal functioning of central banking," said Andrew Bols, global analyst, fixed income in PIMCO.

The major acquisitions under Dragi doubled the balance of the ECB to Euro 4.68 trillion.

The downside of some bonds can be resolved with the ingenuity that the ECB has shown over the years, for example, to be able to buy bank loans or stocks, such as the Japanese Central Bank, experts say. The ECB may also come up with brand new instruments, given the pace of innovation in banking.

Few predicted the change in the pace of the ECB after Draghi took over Jean-Claude Trichet in November 2011. With the debt crisis that started. Very quickly, very quickly ignored it and broke North Europe's concerns about printing money.

Investors say the ability to communicate with markets and courage to fight the crisis is critical to the successor to Dragi and that they appreciate stability more than presenting funds during the office of the head of the central bank.

After the notorious speech of July 2012, the euro increased by 10%, while the yield on Italian bonds fell to around 4%, an increase of over 6%.

And how aggressive the future of the ECB will be the new head of the ECB, is likely to depend on several factors:

The fall in exports and the slowdown in spending and investment by European companies have reduced the eurozone growth rate in the last few quarters. Since then, data have shown continuing weakness, fueled by the uncertainty over trade relations with the United States and Britain's vague exit from the EU.

While core inflation is moving around the ECB's target of less than 2% over the past seven months, it is largely fueled by the rise in energy, which is still at the core of the rise in prices since the last increase in oil.

Economists and investors can expect greater clarity about the flexibility that central banks in the region will afford in terms of time frame, jurisdiction and asset classes in which debt will be spent.

As it became clear that the ECB is likely to continue to buy bonds, it is likely that funding for banks will continue to attract more activities, such as inflation.