Unpublished research: Nearly half of black, A, B and C athletes suffered racism in football | football 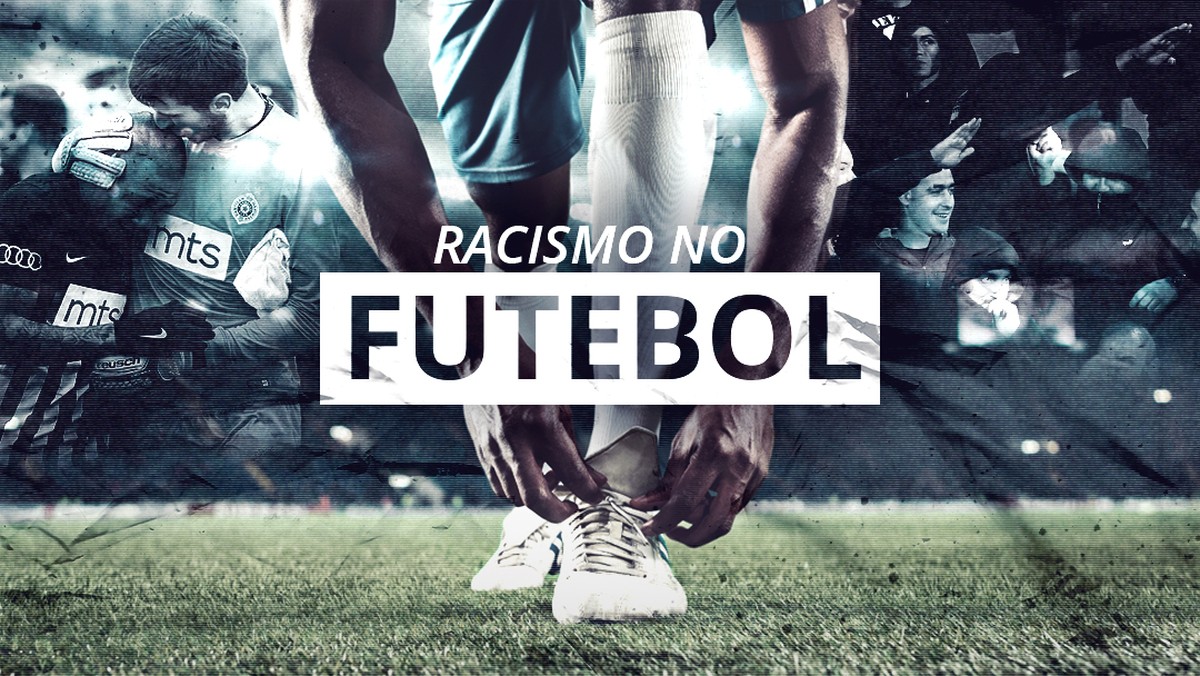 Black Awareness Month, selected to publish a listening poll 163 black players and coaches on racism in Brazilian football, is itself representative. At the same time, it limits to 30 days the debate on a topic that should not be limited to one month. Or a single date. Just as on May 13, the date for the abolition of legal slavery, November draws attention to the reason that haunts dark-skinned people in Brazil: to be invisible and, when noticed, to be treated inferiorly. But that is not enough. The problem does not start or end at the stadiums. The persecution triggered by insults against Tasson in Ukraine, and aggression handed over against a guard in Minneiro, Last weekend, they expose another wound that has been open for centuries in humanity and especially in our society.

GloboEsporte.com has spent six months listening to black athletes and coaches from 60 clubs A, B and C-series. And the poll, conducted anonymously, indicates: 48.1% say they have been victims of racism in football The historical lack of punishment of the entities that organize the matches is a point to note. After all, it was only this season that FIFA and the FBC developed minimally stringent protocols related to discriminatory cases.

But limiting the cause of these aggressions to lack of consequences is shallow. That is to put aside the slave history that permeates our culture. Because the Brazilian has learned to be racist.

A good example of this is that less than 100 years ago, the Federal Constitution of 1934 – a document designed to ensure freedom, justice and social welfare – preached in its Article 138 "to stimulate eugenic education". The eugenics movement, propagated by anthropologist Francisco Galton, sought to use the concept of natural selection – from Charles Darwin's "Origin of Species" (1859) – to claim that individuals' intellectual capacity was inherited from influence.

The notion was imported to Brazil in 1914 through Dr. Miguel Couto – one of the constitutional members – and led by Dr. Renato Kell, who presented as "solutions" to land bleaching, immigration control, regulation of weddings and sterilization. This is what history master Peter Divan says in the book “Pure race. A History of Eugenics in Brazil and the World. "

"We have to understand that racism is not limited to football. We cannot and should not think that a football stadium is an add-on to a society where everything is allowed and that the things that happen there do not bring historical problems. " , explains Marcelo Carvao, a researcher and founder of the Racism Observatory.

Research suggests nearly half of black athletes and coaches suffer from racism – Photo by Infografia GloboEsporte.com

Elite sports, until then, were not the scene of blacks in the first decades of the last century. In 1914, Carlos Alberto, who moved from America-RF to Fluminensen, had the habit of moisturizing the body's rice to mask his brown skin. Ten years later, it was Vasco's turn to make Gamma feel overwhelmed by being forced to reject the invitation of the Metropolitan Sports Association (Amea) to enter the 1924 Carioca Championship, insisting that 12 black athletes be retained. in his team. . In a country where five million people were enslaved, 40% of the total number brought to America as black was considered inferior.

In a document known as the Historic Response, Vasko refused to accept the athletes' cuts. See excerpt:

“We are sure that you. will be the first to admit that it would be an unworthy act on our part to sacrifice our desire to be part of the AMEA, some of whom fought us to have, among other victories, the Rio de Janeiro 1923 Olympic Championship. .

These are twelve young players, almost all Brazilians, at the beginning of their careers, and the public act that may tarnish them will never be practiced in solidarity with those who run the house that awaits them, nor under the pavilion that they have so much accessories. covered in glory. "

Not even the greatest athlete in the sport, Edson Arantes to Nasimento, was unwavering. Before Pele became the main name that fascinated the lawns of the world, it was called Petrol (German), Creole … nicknames that were supposed to make fun of the athlete's skin color. The tropical issue, singled out by the king of football as an athlete, according to Angelica Basti's biography "Pele: Black Star in the Green Fields", has come to light as the world's biggest name for sports has become the 1995 Sport Secretary of the Fernando Henrique Administration.

If, with the ball on his feet, Pele overthrew the idea of ​​black inferiority, after all, which assumed supremacy did not bow down to 10? In his position as Minister, Edson Arantes Nascimento has focused his attention on the lack of political representation of blacks.

"It's much easier to pick a black man to talk about the black problem. If a black man wants to improve his social standing and improve Brazil as a whole, they have to put us in Congress to defend where Pele arrives, a black Brazilian citizen. My flag is an example of serious work, "King told CBN radio after meeting with the executive director of the March Against Racism movement.

Twenty-four years later, the picture is alarming: three out of 81 seats in the Senate are occupied by blacks. Governors? Nothing

A direct victim of racism in 2005 during the Libertadores match between Sоo Paulo and Kilmes, the former striker Graffiti says he understands his former teammates and carries with him an argument that demonstrates yet another factor in the lack of engagement on the subject: victim reductionism.

"In Brazil, the engagement is low. Not only for the players, but also for the people working in the media. When my case happened in 2005, no one talked about what I represented about football. I became a Graffiti case of racism. he was not talking about the goals I had achieved, the fact that I was called upon to defend the national team, to do well in German football. "

Grupo Globo's commentator points out that this kind of repercussion diminished his desire to go further in the appeal. And it can affect other players.

"It bothers me a lot, and I really didn't like it." So much so that I didn't go on. We should talk, but not treat people as if they were just that. Maybe that's why many athletes don't want to talk about the topic.

One of the most active voices against racism in national football, Bahia coach Roger Machado believes that the naturalization of prejudice and the lack of opportunities for blacks to rise beyond the four lines, assuming leadership positions, are two contributing factors. the problem. Coach speech reflects a country where 12.8% of blacks get higher education, according to IBGE. Even more alarming when we see it only 6.3% of senior management positions in large companies hold dark skins, according to the Ethos Institute – which indicates indicators of corporate social responsibility. A panorama that, according to Roger Machado, is also reflected in football.

"We position ourselves more, much more than at other times. But it creates a confrontation. When you position yourself, they say that you are legislating for your own benefit or that you cannot speak because we are all equal. We are all human. We are all human beings, but we have many different possibilities. How many opportunities do I have to discuss and discuss? "Roger Makado asks.

Coach Bahia also increases the importance of his role as the black commander of a football club. To vote and break the paradigms.

– My place is a place of resistance and protest, so that others can see the football coaches, in command and leadership. Leadership that signifies that a football athlete has a virtue in the art of football only and has no intellectual ability. They said I don't know how to manage a group. This is a structural bias that has lasted 300 years, at the rate of management. We have to decolonize Brazil. We must have formal education. The biggest prejudice is structural. When you don't know the history of studying, it's hard for people to understand and feel part of it.

Idol from Wolfsburg-ALE, Graffiti draws a parallel between Brazil and Germany, a country marked by Nazism, which on the basis of eugenics preached the supremacy of the Aryan race. from 1933 to 1945. With the club's four-season expertise, the former player believes that the fact that the Germans recognize the past, while acknowledging the problem as something non-sectoral, also makes the country have a more open debate on the subject.

– In Germany, which is a country marked by this, the debate over racism is year-round and transcends football. We talk about football, but imagine what happens every day with anonymous people … Here, people talk about when something happens, November 20 and May 13, which are symbolic dates. There is no work shown in the media in this regard. It is widespread throughout the country, but we are not talking and not seeking effective improvement.

A glance at a poll by GloboEsporte.com clearly shows that, as the former athlete mentioned, the problem is not limited to isolated cases. According to the players' report, there are cases of racial violations in 14 countries, spread across the five regions of the country..

– Understanding that football has a very high structural racism and understanding that this is widespread across the country is crucial for us to minimize racial issues. That is the path to follow. Education is important, but we need to punish and understand that, in general, fans fear punishment. The fear of watching your club get punished prevents it – said researcher Marcelo Carvaho.

“Hearing that brought pain to my soul. To this day I close my eyes and hear them call me a monkey. I know they wanted to destabilize me, but it mixes a lot. I didn't do anything to deserve it. "

The anonymous speech of one of the athletes who responded to the survey brings a series of racist acts to the stadiums, where 63% of violations come from the opposing crowd. These offenses cause 39% of players demand a penalty to the aggressors. But another factor draws attention: 27.7% of the respondents think that educational campaigns that show the source of the problem can reduce the cases.

"I can't judge by my color, but what I have learned can do." Football, as a mass sport, can help with this. The support network is very bad for blacks, ”says Graffiti.

+ Report points to rise in cases of prejudice and racial discrimination in football
+ Argentines lead cases of racism in football against Brazilians on the continent; Sоo Paulo is a multi-episode state

A poll by the Observatory on Racial Discrimination in Football recorded only 44 racist appearances against Brazilians in 2018 alone. The number, combined with the threat of punishment by the CBC – from fine to point loss, according to Art. 243 of the Brazilian Code of Sport Justice clubs intensify educational activities

Our grandmother is a place for almost everyone: we have Santos of all races, ages, backgrounds, residents of all parts of Brazil, gender, different political positions, options, tastes and creams. We simply have no room for prejudice. pic.twitter.com/UG25tUVWsX