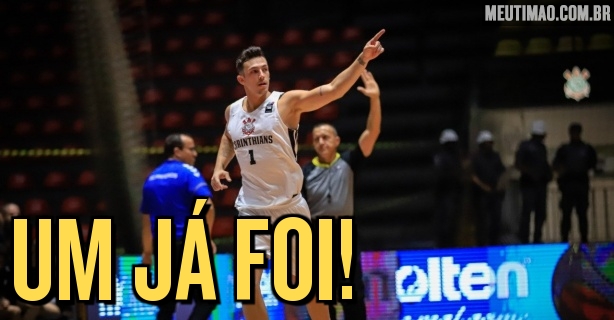 The staggering hard times and inspirational night of pivot David Nesbitt resulted in an important team victory against Pinhiros in the opening semifinal of the South American basketball semifinal. The duel, which finished at 78 on 71 for the hosts, was held at the club's headquarters in Sao Jorge Park on Tuesday.

The clash had some complicated moments, especially at the beginning of each half, but was mostly controlled by the Corinthians. Nesbitt, calling the game whenever the gap narrows, finished the game with 21 points (struck out 6 of 10 attempts on the ground), plus seven rebounds and three assists. Pekos, 20, "exploded" in the last room. Bennett was Pineiros' highest scorer for 14 years.

As the first match of the day, shortly before, ended 116-60 for Argentina's Jero Cariel against Ecuador Pirates de Imbubura, Bruno Savignani's side are in second place due to a balance of points.

Calendar – Corinthians continue to watch the decisive stage of the tournament against Pirates of Ibabura. The clash will be again at the Vladimir Marx Gymnasium at 9 pm (Brazil) this Wednesday.

Looking to explore some options in his squad, Bruno Savignani started the match with a slightly different team than usual. The team went to court formed by Fisher, Wesaro, Robinson, Wesley and Nesbitt.

The first quarter started badly for Timon, suffering from Pineiros' intensity in tagging. The rival hit five of the first six shots tried and even opened eight points clear. After the triple swap, however, when Fuller, Pekos and Teyman activated, the game turned around.

With a good offensive move and a more aggressive defense, Corinthians managed to beat the opponent's pace, boosted by Robinson's eight points. In part from 11 to 2, closed room one in front: 19 to 18.

The good Corinthian movement continued in the second quarter, pulled by Fuller and his spirits. But it was Humberto, even with zero points, that warmed the game. Bennett's Hall of Fame, given as non-sports, sparked a start of confusion and cheered the past passive audience in St George's Park.

With crowds in the crowd and smaller formation, betting on the trio of fishers Fischer, Pekos and Fuller to court at the same time, coach Bruno Savignani's team managed to go on Score 41-36 on the scoreboard.

Returning in the second half, as well as the beginning of the game, was not good for Timon. Pineiro returned the lead at 42-41 and, if it weren't for Nesbitt's offensive effort, fouls and stoppage play, the damage could be even worse.

After a US dunk and a ball from Vesaro stole, however, the team regained control of the duel. Nesbitt still drew two out of 3, so Alvinegrus went in the final quarter with a score of 59 to 49.

If Nesbitt owned the first 30 minutes, the last room had the surname and surname: Arthur Pekos. The side guard controlled the pace and made baskets in every way possible: 3-ball dribbling, tearing bar defense, counterattack … A total of 14 points in 9 minutes.

Teyman, with only one point but an absurd defense pass (three stolen balls and four logs), also played a leading role. Not even a strong series of Pinheiros, with successive fouls, or even the dismissal of Wesley, which many alvinists claim, could have won. 78 to 71 final score and party fun.