São Paulo has more than average traffic but far from record; apartment will have a discount – News 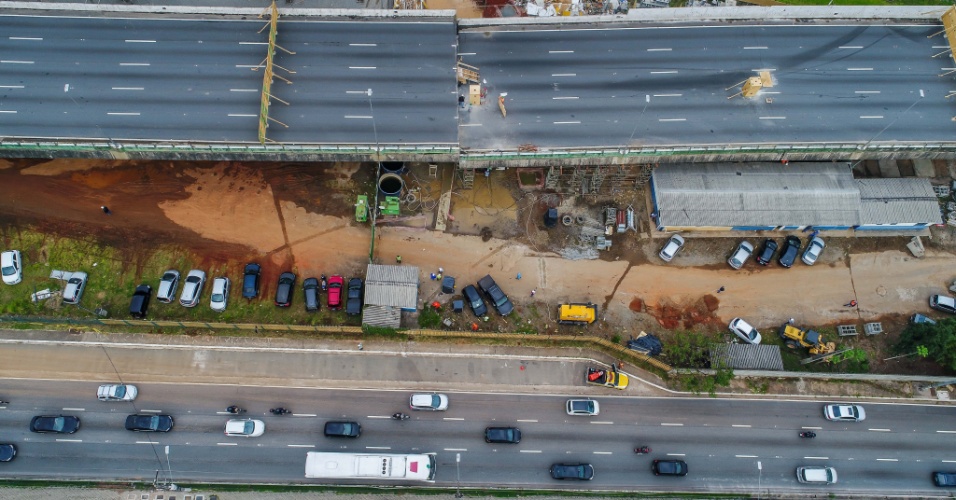 The expectations that Paulistano will have a more complicated post-holiday on Wednesday (21) due to the ban on the removal of marginal Pinheiros were not confirmed. Even though he faced one morning with crowded train cars and above average traffic during the morning, the congestion remained within the indices that are expected for the periods of the day.

The peak of the city's congestion on Wednesday was observed at 9 am, when the index was 153 km slow when the average time was 92 km to 122 km, according to CET (Traffic Engineering Company). The record for the morning period is August 6, when it reached 208 km from the congestion. In the year, the highest score was 217 kilometers slower, at 2:00 pm on July 6, the Brazilian match and the day of the revolutionary holiday of 1932.

In the afternoon, the index was on average. At 6:30 am, it was 79km of congestion, within the usual average time, which is between 70 and 108 km. To get an idea, the historic record of the congestion at any time is 344 km, recorded on May 23,

However, the city of Sao Paulo announced tonight that it will extend the measures already implemented to improve traffic in the viaduct region.

After a meeting with representatives of taxi drivers and transport operators, it was decided that taxi drivers would offer a 40% discount on the races requested through the SPTaxi platform that originated or a destination in the area affected by the ban.

About 10km of the Pinheiros expressway in the western zone is forbidden because of a viaduct about two meters away from the Vila Lobos park, about 500 meters from the Jaguar Bridge. The route is the access road to the highway Castelo Branco (SP-280), the main link of the Grand São Paulo with the interior of Sao Paulo and the marginal Tietê.

In addition to the agreement with taxi drivers and application drivers, strategies for improving the flow of vehicles near Ceagesp (Warehouse and Warehouse Company in the capital of Sao Paulo) were defined near the site of the ban. The opening of the gates of trucks will begin at midnight, three hours earlier than was normally allowed.

In remark, CMT (Municipal Department for Mobility and Transport) informs that the measure will advance the internal warehouse operations that will help in clearing traffic during traffic hours in the surrounding area. The reception of the goods on Sunday will also be released from 20:00. Until then, the release took place from 2:00 am.

Xavier Kraus Street will become a two-way street, which according to CET will allow drivers to drive from the marginal Pinheiros to Avenue Dr. Gastao Vidigal. Whoever goes to Ceagesp will be able to access via Gate 3.

According to the city hall, at the end of the year it is expected that the number of vehicles circulating in Ceagesp will increase from 12,000 vehicles per day to around 26,000, due to the purchase at the end of the year. The warehouse is responsible for about 60% of the distribution of fruits, vegetables, fish and flowers in the Grand São Paulo and 30% of the national supply.

SMT also said it is studying the possibility of creating parking pockets for entry and exit locations near the most critical parts of the region and near public transport stations and terminals to facilitate integration between transport modes.

The driver wakes up early, looks for an alternative road, but suffers from traffic

Officials responsible for carriage in Sao Paulo have launched emergency measures to alleviate the impact of the loss of the strategic part of the marginal Pinheiros.

Two of the emergency measures include returning vehicle traffic along a marginal expressway in two discontinuous sections with about 5 km. The goal is to avoid the effect of the "funnel" at the exit, generating long lines of vehicles.

Exit 1: from Joao Diaz Bridge, to the south, to the Octavio Frias de Oliveira Bridge (Estaiada), to Castelo Branco.
Exit 2: From the Estáiada bridge to the Eusébio Matoso bridge, to Castelo Branco. At this point, vehicles definitely refer to the local lane, as hence the exploitation of the lane is total.

There is no deadline for the viaduct recovery

Earlier, the secretary for mobility and transport of the city of Sao Paulo, Joao Octaviano Machado, said that the city still has no time to find the technical solution for returning the overpassed area that has deviated.

According to the MP-SP (Public Prosecutor's Office of Sao Paulo), the city government was to create a program to maintain bridges and viaducts in 2007, which was not implemented. An agreement signed by both bodies determines the payment of a $ 34 million fine for contempt.

Opened 40 years ago, in October 1978, with a promise to shorten the distance of drivers among workers and eliminate the bottlenecks of congestion, the viaduct made of pre-stressed concrete (with additional resistance to common concrete) has five lanes According to CET (Traffic an engineer company), 1,500 vehicles were circulating in each of them per hour.

After the accident, 20 km from the expressway to the marginal Pinheiros were closed. On Monday (19), the expressway blockade fell 10 kilometers between the Eusebio Matosho Bridge and Pineiros, a temporary detention center, near the crash site. There is no provision for ending this ban.

Emergency work is performed 24 hours a day, even in the rain. From 200 m from the partial collapse, 120 m were reinforced with wires of metal structures to minimize the risk of total collapse.

Ten piles of different sizes are drilled into the ground, at different depths (until they touch the impenetrable soil and remain on it) in order to give them additional support to the structure.