Home / brazil / Petrobras will sell all its assets in Uruguay; The bull has a loss of 26m. USD, plus 12 balance sheets and other highlights

Petrobras will sell all its assets in Uruguay; The bull has a loss of 26m. USD, plus 12 balance sheets and other highlights 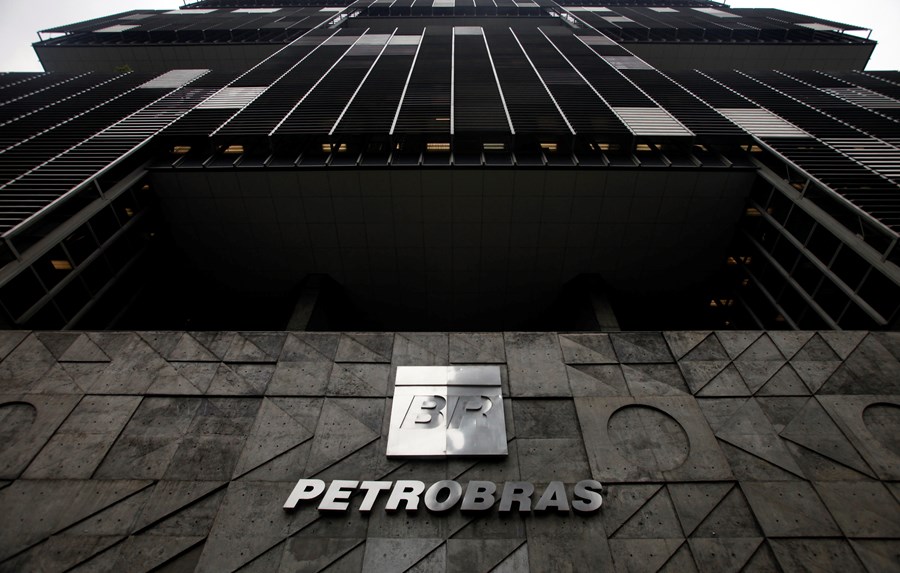 Petrobras has started selling 100% of its fuel, lubricants and fertilizer business in Uruguay, where it is the second largest distributor on the market, owned by Petrobras Uruguay in Petrobras Uruguay Distribution (PUDSA). The portfolio has a network of 90 stations, 16 convenience stores, a lubricant logistics terminal and a QAV plant, which is the second largest distributor in the neighboring country.

Qualicorp announced on Tuesday in a material fact that the board unanimously approved the name of Bruno Ferreira Blatt as the group's new chairman, replacing José Seriperi Jr., the company's founder.

Blat was one of Rede D´O S Luo Luiz's chief executives and responsible, according to Qualicorp, for bringing D & # 39; Or Consultoria into the status of one of Brazil's top five health brokers.

Also elected chairman of the board was CEO Jerlitlito Gomez, who chaired Qualikorp between 2009 and 2012 and led the company's IPO.

Engineering company MRV reported net income of $ 160 million in the third quarter of this year. The figure is 8% lower than in the same period last year ($ 174 million). The result also surpassed the expectations of analysts consulted by Bloomberg, who forecast a net profit of $ 184.5m for the company from July to September this year.

EBITDA (Earnings Before Interest, Taxes, Depreciation and Amortization) closed the third quarter at $ 248 million, up $ 10 million more than in the same period of 2018 (up 4.2%). As a result, the company's EBITDA margin (cash production and net income) reached 15.8% in the quarter – a drop of 1.8 percentage points year-on-year.

Along with the result, the company also announced that the extraordinary dividends declared by the Annual and Extraordinary General Meeting held April 25, 2019, totaling $ 327,896,570.78, will be paid on two separate dates, as early as 2019.

CPFL Energia posted a net income of $ 748 million in the third quarter of this year. The value is 19.4% higher than the previous year ($ 626 million).

The CPFL Consolidated EBITDA ended the period between July and September in the amount of $ 1.62 billion. The value is up 4.5% from the year before ($ 1.55 billion).

"In terms of operations, energy sales in our concession areas this quarter, as well as in the Brazilian market, have not been significantly stressed, mainly affected by industrial slowdown," the company said in a statement.

It even reported a net income of $ 16.5m in the third quarter of this year, which translates into a loss of $ 12.4m the year before.

Even adjusted EBITDA, which excludes the effects of financial taxes on costs (corporate debt and land financing and production), came to $ 48.56 million from July to September – an increase of 83% on a year-over-year basis.

In the third quarter of this year, Wilson Sons reported a 9.5% drop in net income, compared to the same period in 2018, totaling $ 14 million. The company's net income also plummeted: 7% on the same basis, closing the July-September period of $ 106.1 million.

Net operating income reached US $ 10,451 million in the third quarter, a decrease of 94.6% compared to the same period last year. The reduction in revenue is due to the suspension of the Easy I and Hemig I contracts, in addition to the other contracts awarded to Hemig and Leight in March 2019.

In the third quarter of this year, Santos Brazil posted a net income of $ 7.7 million, a decrease of 15.4% compared to the same period last year.

Consolidated net income in the third quarter reached US $ 250.1 million, a 2.2% decrease over the same period last year as a result of the end of the TUP transfer, commensurate with the cost reduction, thus without impact on gross profit.

In the judicial recovery, Fertilizants Herringer reported a loss of $ 135,906 million in the third quarter of this year, a 15.8% decrease over negative performance of $ 117,385 million a year earlier.

Adjusted EBITDA, however, was positive at $ 8,648 million, returning a negative result of $ 24,150 million in the same period last year.

Bioshev registered a net loss of US $ 304,335 million in the second quarter of agricultural products 2019/2020, between July and September this year, representing a 95.6% increase over previous year losses.

Multiplan informed that it used the original right to acquire another 50% of Manati Empreendimentos e Partners capital, now owning 100% of Santa Cruzula Shopping in Ribeirco Preto (SP). The company will pay US $ 28.5 million for the piece, of which US $ 18.8 million within 15 days of business formalization and the remainder in four fixed installments, with the first six months following this conclusion.

Louisa Magazine published the terms of the $ 43 share offer, virtually without a discount on last Tuesday's closing session (12), from $ 43.30.

The subsequent assembly thus raised $ 4.73 billion, including a primary offer of 100 million shares. The controlling shareholders Gestiso e Partikalos and Wagner Garcia Partikalos also sold $ 403 million in a secondary offering through the sale of 10 million shares.

The company noted that it will use its sales revenue to invest in technology and further expand its e-commerce environment in Brazil.

The sale of Louisiana magazine's stock, which started as a family-owned furniture and appliance store, follows similar injections of capital by some of its main competitors, such as MercadoLibre Inc. and B2W Digital (BTOW3).

The company also informed that it is expecting to meet the expected guidelines for 2019, especially in the Ebitda and Post-Capex cash line, which is the main focus of the company.

"Given the different seasonal seasons of certain revenue streams and, in particular, the PNLD's admission this year, expectations are that the outcome of 4Q19 will be quite strong," he said.

The company added that "it has been able to move very well around with pressures from the macroeconomic scenario, changing the student profile to the base of attendance and the initial phase of the new higher education units."

Adjusted consolidated EBITDA reached US $ 1,033 million, an increase of 79.2%, strongly influenced by the application of IFRSs to gearing. If that would be $ 540 million.

(With Bloomberg and State Agency)