Find out all about Google

Google has announced the completion of construction of its private submarine cable. Called Curry, the project is the third company announced and connects the United States and Chile to 10,500 kilometers, providing 72 Tbps capacity by the second half of 2020.

Announcing that the project is ready, Google also seized the opportunity to announce that Curry would acquire a subsidiary in Panama. "Once operational, this branch will increase the bandwidth and bandwidth of Central America," say the company, which promises to improve its ability to connect to other networks in the region.

At the Panama affiliate, Google will once again partner with SubCom, the engineering company responsible for producing some of the cables. Two more private cables are still in development, one linking the United States with Europe and the other Portugal with South Africa. 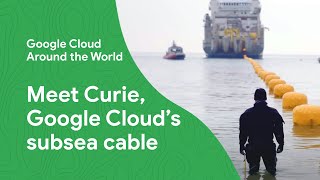