Four years for the first World Cup on Arab territory 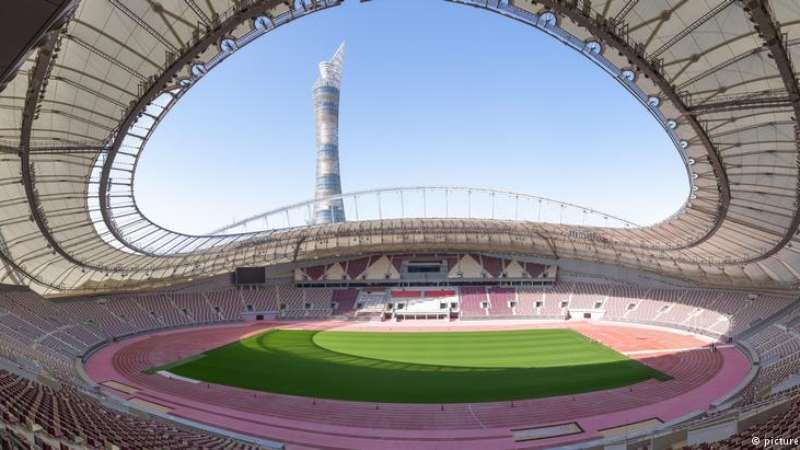 In the 1. 461 day will be given the start of the World Cup 2022, a tournament full of novelties and controversy. Apart from neighboring countries, Qatar will host the most expensive World Cup in history. As Brazil trembles with the final part of the Brazilian championship and observes the arrival of the holiday season, preparations for the world's biggest football tournament are on full throttle on the Qatar Peninsula.

In just four years, the capital, the capital, will be launched in what is called the "World Winter Championships" in Europe – the first World Cup to be played at the end of the year when the Northern Hemisphere reigns in the cold season.

By the start of the World Cup, Qatar still has enough time to complete the work of the stadiums and build the right infrastructure to host hundreds of thousands of fans. A much bigger challenge will be to set up a competitive choice.

The opening of the 22nd FIFA World Cup will be played on 21 November 2022 at the Iconichesky Lusail Stadium, 14 miles north of Doha. The Arena, whose inauguration is planned for the first half of 2019, will have a capacity for 86,250 spectators.

According to optimistic estimates, 1.5 million fans around the world are expected in Qatar for the World Cup – a significant momentum in the population for the peninsula of only 11,600 square kilometers in the Persian Gulf, and where about 2.7 million people live.

This stream of visitors will be particularly concentrated in Doha – after all, the eight arenas for the tournament, four in the capital of Qatar, and the other four in remote cities.

All the stadiums will be connected to the metro rail system, the core of which is part of the Doha subway. It is estimated that 60% of visitors will travel to these stadium trains: the longest distance – between Al-Byte Stadium, north of Doha, and Al-Wakrah Stadium, to the south – is a 55-mile line.

Costs for raising stadiums or reforming existing arenas are estimated at between $ 2.87 billion and $ 4 billion. The total investment for hosting the World Cup is still very speculative, with estimates ranging from $ 50 to $ 220 billion. Qatar is preparing to build a whole city from scratch for the World Cup, only Lusail. For comparison: World Cup 2014 costs about 40 billion dollars.

Allegations of corruption and conflict in the Gulf

Allegations of corruption in the double choice of the countries that organized the world championships in 2018 and 2022 in December 2008 are continuously indicted. At that time there were questions about the reasons for granting the World Cup in a country like Qatar, which has no tradition in football and presents challenging weather conditions for sports – and even for a simple viewing of the games.

There have also been criticisms of human rights organizations for degrading working conditions and placement of many foreign workers at World Cup construction sites.

All this is complemented by a politically explosive situation in the Gulf region. Since 2017, Qatar has been blocked by neighbors Saudi Arabia, Egypt, Bahrain and the United Arab Emirates, which have accused Qatar of supporting terrorism in the region.

Recently, the head of the Qatari World Cup organizing committee, Hasan al-Tawadi, surprisingly announced that some elections could be submitted during a tournament in Iran, one of the key states in the Middle East conflict.

The World Cup in 2022 should be the last with 32 teams. The next World Cup, organized jointly by the United States, Canada and Mexico, will be first with 48 teams. But FIFA president Gianni Infantino has made clear on several occasions that he would like to see the world championship with 48 teams already in 2022.

"Our preparations are ongoing for 32 teams, and all plans are based on that," said Tawadi, who however confirmed that he would debate on the increase of the participants. As the sole organizer of the 2022 tournament, Qatar is likely to be overloaded with a tournament with 48 teams for participation.

Victory against Switzerland, prepared with Iceland

In the current FIFA world rankings, published on October 25, Qatar is the 96th behind the Faroe Islands and before India and Estonia.

However, the Qatari team has recently made little progress: against Switzerland, which worked with several reserves, although with some high-quality names such as Granit Jacka, Denis Zakaria and Fabian Cher, the next hosts of the Cup won 1: 0. The Swiss press called the defeat "catastrophe".

Then the Qatari team managed to draw 2-2 against Iceland, another World Cup 2018 participant. Good results in these friendly matches encourage Qatari's hope that their choice will achieve a reasonable level of competitiveness in the coming years.

Those responsible for the schedules of European competitions will be challenged. Before the Cup season, it is likely to end before, while the break in the November and December 2022 matches will lead to shorter rest in the summer of 2023.

European fans who are staying at home will also need to adapt dramatically – instead of sunbathing and cold beer, the game shows on the screens and the bars should be accompanied by heaters and sprinkled with wine. The least hot sellers of German domestic markets can prepare for a nice profit for four years from now.

Deutsche Welle is a German international broadcaster and produces independent journalism in 30 languages.