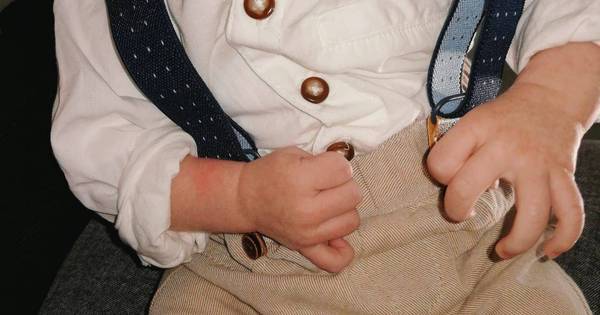 The baby born on October 7 with no eyes, nose, mouth and part of a skull in Portugal left hospital. Rodrigo had a rare malformation and will continue to receive medical care at home.

The boy was already breathing and breastfeeding alone and, according to the Setubal Hospital Center, "is stable, currently requires no special care during hospitalization."

The doctors' prediction after Rodrigo's birth was that he would live only a few hours. However, evolution opens the way for the baby to undergo surgery for a better quality of life.

On Facebook, Rodrigo's father, David Ribeiro, posted a new photo of his son wearing trousers, a shirt and a suspension.

READ ALSO: Parents show a baby born without a face in Portugal

"What we think in these cases is what can be done to improve the quality of life for this child. We start treatment by assessing the condition of the child, supporting and following through the whole evolution process what needs and what can get rid of it over time, ”says the surgeon.

According to him, such malformations are "extremely rare" and require constant monitoring.

At the case became a scandal in Portugal and the obstetrician accompanying her mother during prenatal care, Arthur Carvao, was suspended from the profession. He is being investigated for other similar complaints of negligence.