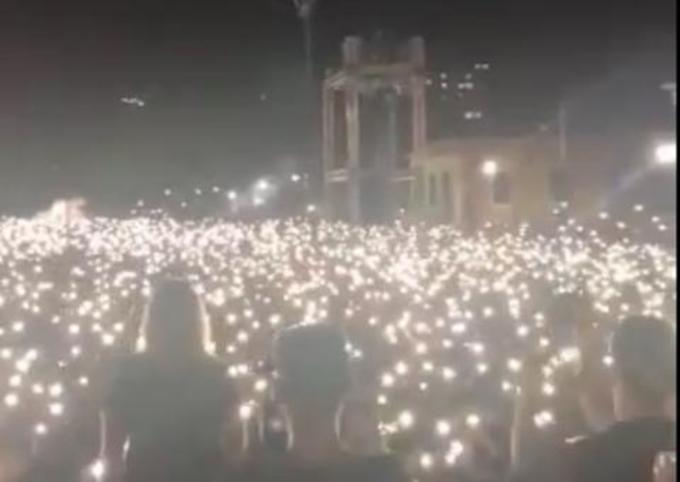 Manaus / AM – The show on Marilia Mendona in Manaus won another record of the artist. Audience rating is 60 thousand, the highest achievement in his All Corners project so far.

Despite the confusion they made the show has to stop several times, and fans violate the show's "barrier". Theater Amazonas to board in the forbidden area, besides pepper gas reaching the singer, the result can be considered a success.

Marilyn, who is already accustomed to making noise wherever she goes, was impressed by the audience's dedication from Manauara and before the show set in her Stories the crowd cheered when they arrived at the scene.

All this without disclosing in advance, because the idea was to make a surprise show. Only on Tuesday (7) rumors began to circulate that they would sing on the ground. And on Wednesday, despite confirming her arrival, Marilia's team forgot to bring the leaflets to announce the event and had to print a few hours before the start. But this did not prevent the public from standing in the center of the city to hear it live.

In the early hours of the morning, fans were asked to wait in Largo. During the night, the result was Largo de Sao Sebastiao full of crowds to receive the artist.

The audience who managed to enjoy the show without embarrassment was thrilled by the success of the singer and showed satisfaction in social networks.

Check out some of the comments: