Bodybuilding may have a rapid effect on fat loss in the liver, says the study 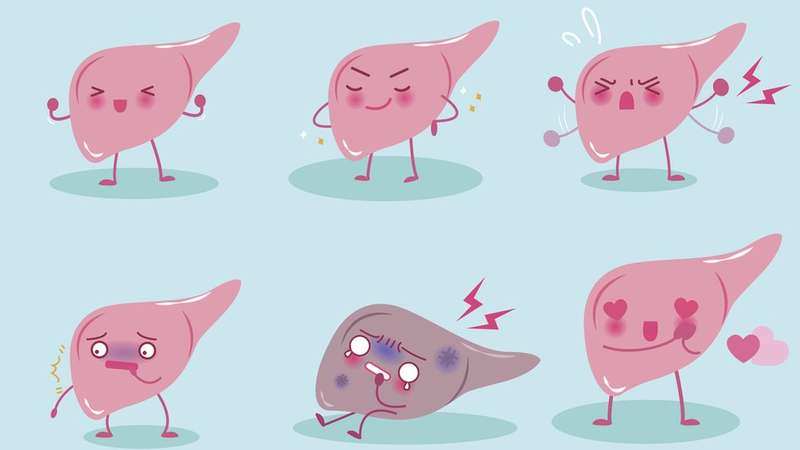 Numerous studies – and common sense – suggest that physical activity helps in the loss of fat and in the prevention of obesity and diabetes.

But what is the role of muscular exercises in the action of these disorders of one of the most important and multifunctional organs of our body, the liver?

This was a question that motivated a study by Brazilian researchers from Unikamamp (Campus State University) and USP (University of São Paulo) in partnership with colleagues at universities at the College of Pharmacy and Health Sciences in Harvard and Massachusetts, USA. The study was published this month in the International Journal of Endocrinology and was supported by Fapesp (São Paulo State Research Foundation).

Experiments with mice showed that 15-day moderate training was sufficient to reduce the accumulation of fat in the liver and improve control of glucose in the body. This is the first time in a study to demonstrate the specific effects of muscle training – not aerobic exercises, for example, walking and jogging, for example – in this organ.

To understand the discovery and what it can advocate for our daily life, we must first understand the parts of the body, its functioning and its dysfunctions.

Fat that you can not see

When thinking about fat, you can soon think of what you see: in the stomach, in the hands, in the legs …

However, it also accumulates in the organs. And the liver, already known to ensure the excessive use of alcohol and heavy foods, also suffers from the abnormal presence of fat in it – which becomes toxic to the body.

"Everybody has low fat in the liver, but when there is accumulation and is not treated, the condition can progress to inflammation, sterohepatitis. If you continue not to heal, it can develop into cirrhosis, extreme cases, carcinomas (malignant tumors)" , said Leandro Pereira de Moura, a professor at Unicamp, and a research coordinator for the BBC, Brazil.

Therefore, the liver is influenced by obesity, and also in type 2 diabetes (which is associated with obesity and sedentary lifestyle, which usually affects people over 40 – although it affects people sooner and later).

These are currently conditions that form part of the most serious and growing risks to the health of the world's population. According to WHO (World Health Organization), in 2016, 13% of adults around the world were obese; in terms of diabetes (of both types), in 2014 reached 8.5% of them.

And these disorders are still related: according to the British organization Diabetes.co.uk, it is believed that obesity is 80 to 85% of the risk of developing type 2 diabetes. Some studies have shown that obese people are 80 times more likely to develop this disease.

But how does diabetes 2 – included in the study – directly affect the liver?

Diabetes is a disease that manifests itself with production problems or insulin effects, a hormone produced by the pancreas that allows glucose to enter cells to convert it into energy.

The liver is one of the main organs involved in the management of sugar in the body. This is because it "stores" glucose released when the liver responds to insulin. This is confirmed, for example, in the fasting, because it is an authority that guarantees a few hours of "fuel" for the body without food.

"The pancreas secures insulin, but acts in different ways in the body, for example, in the brain, it can control the shape, and in the muscle, it makes the uptake of glucose. In the liver, the action of insulin is just release and stop production glucose, "explains Mura, a postdoctoral study at Unicamp in partnership with the Harvard School of Public Health.

The role of the exercises

Thus, reducing the presence of fat in the body is fundamental to patients as they are obese and diabetic.

But how to do it?

Because the effects of weight loss and aerobic exercise to eliminate fat throughout the body are already well-known, Mora and his team decided to test the role of exercise exercises especially in the liver.

As they wanted to know the role of muscle activity, they tested with guinea pigs to make sure there was no weight loss.

Mice manipulated under the Brazilian legislation and the assessment of the Unikamup ethics committee on animal research were divided into three groups: the control group received a standard diet and did not exercise; another got a high-fat diet (35% fat) and did not realize either; the last group also had a hyperlipid diet, but when they had already become obese and diabetic, they exercised strength for 15 days.

At the end of the test, this group (guinea pigs) were still obese, but had normal blood glucose levels in the blood of the hungry; there was also a 25-30% reduction in fat in the liver. On the other hand, sedentary obesity remained diabetic.

Now, the next steps of researchers should include testing in humans and look at details of how this positive impact of muscle exercise occurs. According to Leandro Mura, the key to this should be the role of certain proteins that we have in the body.

Finally, by verifying the properties of these proteins, the team even observes them by synthesizing them, turning them into drugs, for example. But, says the researcher, even if these drugs become existing, physical activity would still be fundamental.

"We are far from understanding the full functionality of physical activity. Not only do we have a biological but also a psychological effect, etc. We can not sum it all into a capsule," said Unikamamp.