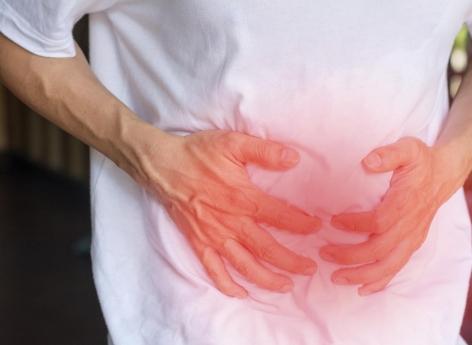 There are more cases of Crohn's disease each year in European countries. Currently, 120,000 people are officially involved in France. This autoimmune disease that causes chronic intestinal inflammation affects both sexes and is usually between the ages of 15 and 30 years. Very disabling, it is characterized by the following symptoms: diarrhea sometimes plentiful and fluid, with eventual loss of blood and mucus or pus in the stool. This diarrhea is usually accompanied by terrible stomach pain. When the anus is reached, cracks, abscesses, and fistulas can occur. The patient may also complain of fever, weight loss and fatigue.

However, because the symptoms are quite vague and close to those of many other diseases, the diagnosis often lasts long. Once established, the patient is prescribed medication to reduce inflammation sometimes accompanied by specific dietary recommendations to try to reduce pain and replace lost nutrients. But these treatments are rarely fully effective: at present, only 10% of patients treated for Crohn's are completely cured. That's why scientists are always looking for targeted treatment.

New study published recently in the newspaper Cellular and Molecular Gastroenterology and Hepatology can now change the game. Indeed, researchers at Cleveland University Medical Center in the US have found that inhibition of the receptors on the surface of the intestine can greatly reduce inflammation in patients.

Tumor necrosis factor – or low tumor apoptosis-inducing tumor necrosis factor (TWEAK) – interacts with receptors called Fn14 on the surface of the gut. Researchers used genetically engineered mice with Crohn's disease to investigate the interactions between the two. They suppressed Fn14 receptors in some rodents and were able to note that they suffered less severe pain while others continued to suffer chronic inflammation.

"During early inflammation, TWEAK / Fn14 is activated to heal tissue damage," said Dr. Cominelli, who led the study. "However, later chronic inflammation as well as elevated and persistent levels of Fn14 can lead to pathological inflammation and fibrosis," he continued.

With these results, the researchers wanted to test their theory of humans. They then used molecular diagnostics to examine the intestinal tissues of people with Crohn's and others. They found that the interaction between TWEAK and Fn14 was stronger in patients.

Thus, if a way to block Fn14 with drugs is found, it can result in a large difference in the impact of the disease on the human body, improving the inflammation and reducing the associated pain.

Finally, this finding may also have an impact on colorectal cancer. Indeed, patients with Crohn's disease or chronic inflammation are more likely to develop the disease (45,000 new cases per year in France). "This research establishes the rationale for innovative therapies that can improve and save lives," says Cominelli.

In June, researchers already announced that they had found a solution to treat people with Crohn's. According to their study published in the journal Nutrients, a vegetarian diet can lead to the complete disappearance of the symptoms of the disease. "This case study supports the idea that dieting is just a cure, not only proving that a high fiber diet can help treat Crohn's disease, but we note that all the side effects are positive, including reduced risks of developing heart disease. diseases, type 2 diabetes and certain types of cancer, "they wrote.

Are you interested in this topic? Come and talk about it on our forum!