Nintendo joins forces with Tencent in the market Switch to China 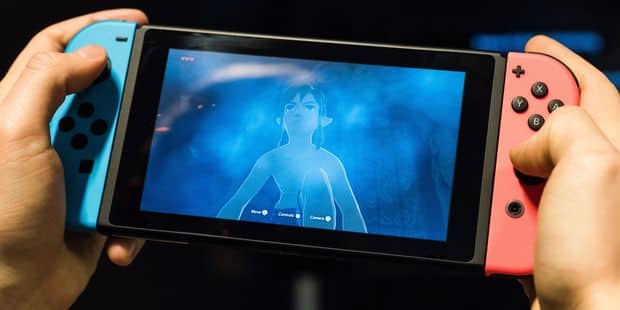 The pioneer of the Japanese video game Nintendo announced on Friday that "co-operation is ongoing" with the Chinese giant Tencent to sell the switch to China, a healthier outlook such as the sale of this console.

Last week, Tencent got a green light from the authorities, which increased Nintendo's stock price by 14%.

It will be an event for Nintendo to see one of its products approved in China under its own brand. Versions on the console Nintendo 64 (N64) or the portable console DS were already sold on Chinese soil, but under the iQue brand.

On the side of its rivals, the US electronic giant Microsoft is present with its Xbox One console, just like Sony with the PlayStation 4.

The switching hybrid console, fixed and portable, should be accompanied by a special version of the game Super Mario Brothers U Deluxe.

Nintendo, who is satisfied with a brief statement without any details, has "great potential," commented AFP Hideki Jassuda, an analyst at the Ace Institute.

"The Chinese authorities have very strict rules, you can not, for example, show blood or corpses," he says. So in 2000, Beijing halted the sale of consoles due to assumed adverse effects on young people – even if they remained readily available to the black market – and the ban was abolished in 2014.

"But games in Nintendo usually avoid harsh scenes, so I think it will be easier for them to get permits," said Jason.

Nintendo wants to make China one of its major markets, along with Japan, the United States and Europe, Nintendo's chief, Shuntaro Furukawa, said on the occasion of the publication of annual results, according to a press release.

"But the size of the console market is small, so it may not be easy," he said.

And at this point, the analyst is quite optimistic. If the majority of Chinese players play on a computer, the Nintendo console "has advantages that do not offer computers".

"You can carry it anywhere, you can connect it on TV, offer different styles of play," says Hideki Jassuda.

On the Tokyo Stock Exchange, Nintendo's title lost from Friday 1.32% to 38,000 yen in closing, after dropping more than 5% during the day.

The Chinese announcement "is definitely a positive news, but stocks fall because investors avoid the risks before long-term holidays" in connection with the abdication of the emperor, according to Jason.

In addition, Nintendo has disappointed the market with predictions well below the expectations of analysts and the lack of details about the new version of Switch in preparation.

The parent company of Zelda, Pikachu et al. Released 39% jump from year to year in annual net profit, thanks to Switch and particularly related games, but expects 7% in 2019/20.

However, this projection does not take into account the console marketing in China.