More and more victims of covid-19 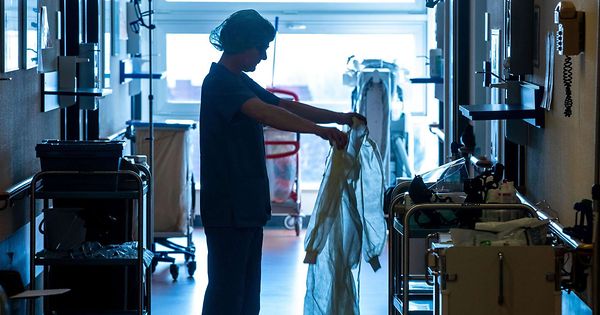 A report released by the Ministry of Health on Saturday once again indicates six additional deaths from coronavirus in 24 hours. And 565 new infections have been identified, while the positivity rate remains stable compared to the previous day.

A report released by the Ministry of Health on Saturday once again indicates six additional deaths from coronavirus in 24 hours. And 565 new infections have been identified, while the positivity rate remains stable compared to the previous day.

Stable, but at a high level. The diagnosis made by the health authorities for more than a week is valid this Saturday, according to data published by the Directorate of Health. As the death toll on Friday officially exceeded the symbolic limit of 300 people, the country noted six new deaths. Which leads to 33 deaths since the beginning of the week. As of November 1, the death toll had risen to 153.

Regarding the new infections, the data of the authorities in Luxembourg show 565 additional cases recorded in the last 24 hours of Analyzed 11,596 tests. Against 535 new infections registered the previous day. The positivity rate for these tests increased from 4.67% to 4.87%.

With these new positive cases, Luxembourg now counts 34,759 detected cases since last March. These numbers are growing exponentially, directly related to a significant increase in screening campaigns. Note that the figures provided by the authorities no longer take into account the positive cases observed among non-residents from 27 August latest

As for hospitalized patients, the situation is increasing somewhat with 165 covid patients in normal care (infected or suspected). And in intensive care, the number of patients suffering from a respiratory infection is reduced by one case, up to 41 persons.

> Germany on Friday crossed the threshold of one million cases of covid-19.

In front of the old airport in Tegel, the orange sign of an airline is still starting to “Welcome” the passengers, but thousands of candidates are expected to gather here soon for vaccination against covid-19.

> the latest world report reports nearly 61 million positive cases counted since the beginning of the pandemic. More than 1.4 million patients have died from it.

>> In Brazil, President Airair Bolsonaro has announced that he will not be vaccinated against the coronavirus, but that the government will arrange “immediate” distribution to those who want the vaccine approved by regulators.

Six months of analysis for the Predi-Covid study

Since last May, a team of researchers from the Luxembourg Institute of Health has been studying who is affected by covid-19 and what is the evolution of their infection. And every detail is important in establishing possible scenarios for future medical care.

Despite the covid, the hospital must find its breath

Today’s infections will inevitably lead to hospitalizations afterwards. Faced with pressure on health services, the government had no choice but to respond. It’s over, now … patience.

Bring infections back to a “reasonable level”

Asked Monday morning, a spokesman for the Luxembourg Research Working Group said “everything must be done to reduce social interactions” in order to return the number of new cases to a “reasonable level”. Especially to help facilitate hospitals.

Luxembourg comes out of the red

Germany ceases to classify the Grand Duchy as a risk zone. The decision was made Wednesday by the federal republic amid a steady decline in new infections. Jean Asselborn, the foreign minister, said he was “relieved” by the announcement.