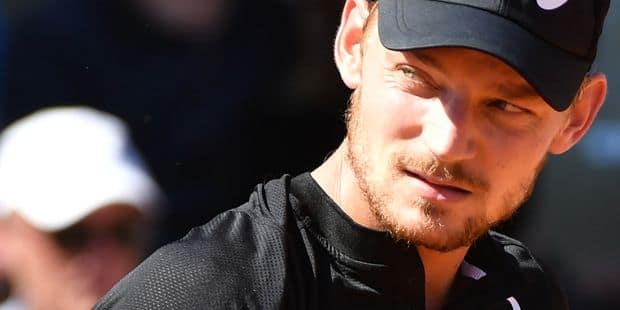 David Guofin was eliminated in the second round (round 16) by the Masters 1000 Monte Carlo, a tennis clay tournament with 5,207,405 euros, Wednesday.

Gofin won the only previous confrontation between the two players, in Paris, in 2015, on a hard surface. The match, played at the Prince, started very badly for Belgian N.1, who lost from the start his service to be led by 2-0. In his next game, Gotyn had to save four points and return to 3-1. Lajovic did not allow the next break to pass and went 5-1.

Gofy managed to restore his first break to 5-2, then to 5-3 at his service. Lajovic leveled the first shot 6-3 after 43 minutes.

Guffin started much better in the second set, taking his opponent's serve to 0-2. But Lajkovic immediately succeeded in smuggling. Lajkovic then took the service of Gofin (3-2). Liegeoiz missed two break points, which allowed him to return to equality. Instead, Lajovic flew in and held his lead to the end. The Serb won 6-4.

David Goffin, who reached the quarter-finals of the Montepasco tournament last year, began his clay season in Monte Carlo after being removed in the 16th Miami Miami race at the end of March. Tuesday, he was eliminated in the first round of doubles, where he was associated with French Lucas Puey. The Belgian-French pair lost 7-5, 6-2 for Brazilian Marcelo Demoliner and Russian Daniel Medvedev.