Home / bangladesh / Fire at the pollen factory in the capital, Lalbag

Fire at the pollen factory in the capital, Lalbag 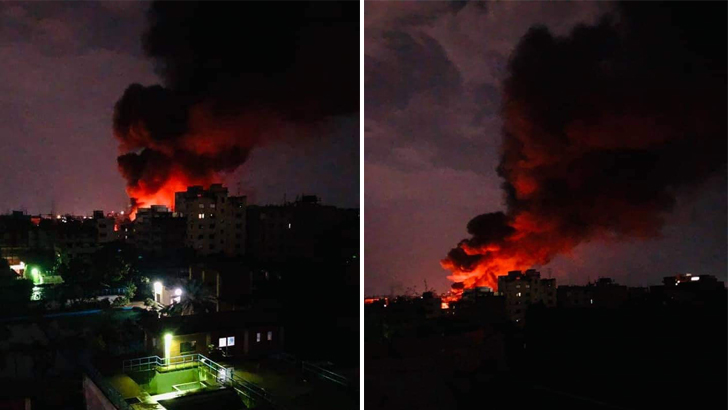 The scene of the fire at Poste

A fire broke out in a building in the capital, Lalbag Posta.

The blaze broke out from the polythene factory in the building.

The blaze broke out around 9pm on Wednesday. On receiving the news, firefighters arrived at the scene. Six fire service units work on fire control.

Sources at the fire department's control room said the polyethylene plant was located in the Oxford Road area of ​​Lalbag Post Water. They still did not know the cause of the fire.

The details are coming ……