The Wizards Enhanced Edition – Awaken a wizard in you! 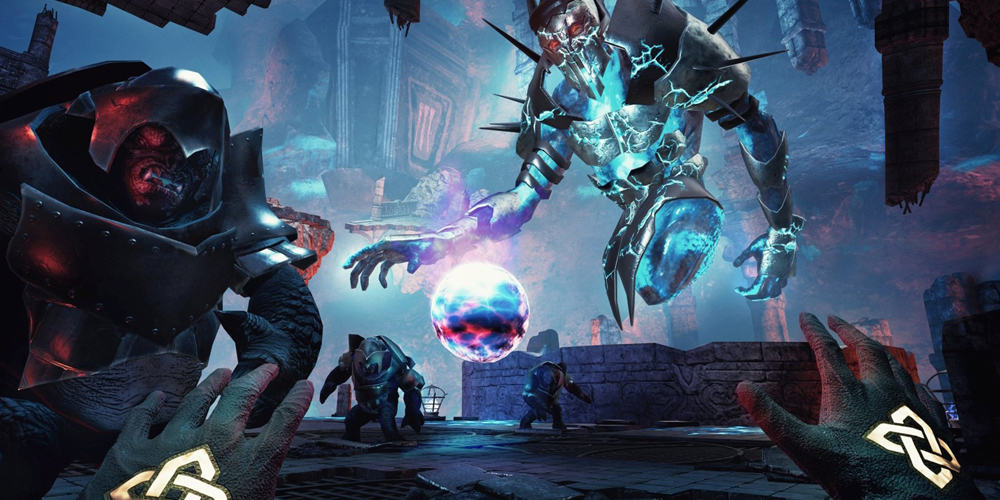 Many other games have done this: the VR game in which we use the Move control buttons as hands can be absolutely successful. For example, Skyrim (our review), in which we not only use our weapons, but also use spells to fire or use shields. Similarly, "Wizards: Improved Edition" works. In this, the developers of the Carbon Studio team want to take us to a magical world full of danger and magic. How urgent this experience is, you will learn in our test.

We take on the role of an unknown sorcerer commissioned by his master to free the world of Meliora from all kinds of monsters and mythical creatures. In doing so, we are moving through time and space to re-establish the structure of power, not only to save the inhabitants, but also to discover who or what is behind the chaos. All in all, we expect about six magic hours of a story campaign, which is even expanded to another level in Enhanced Edition. 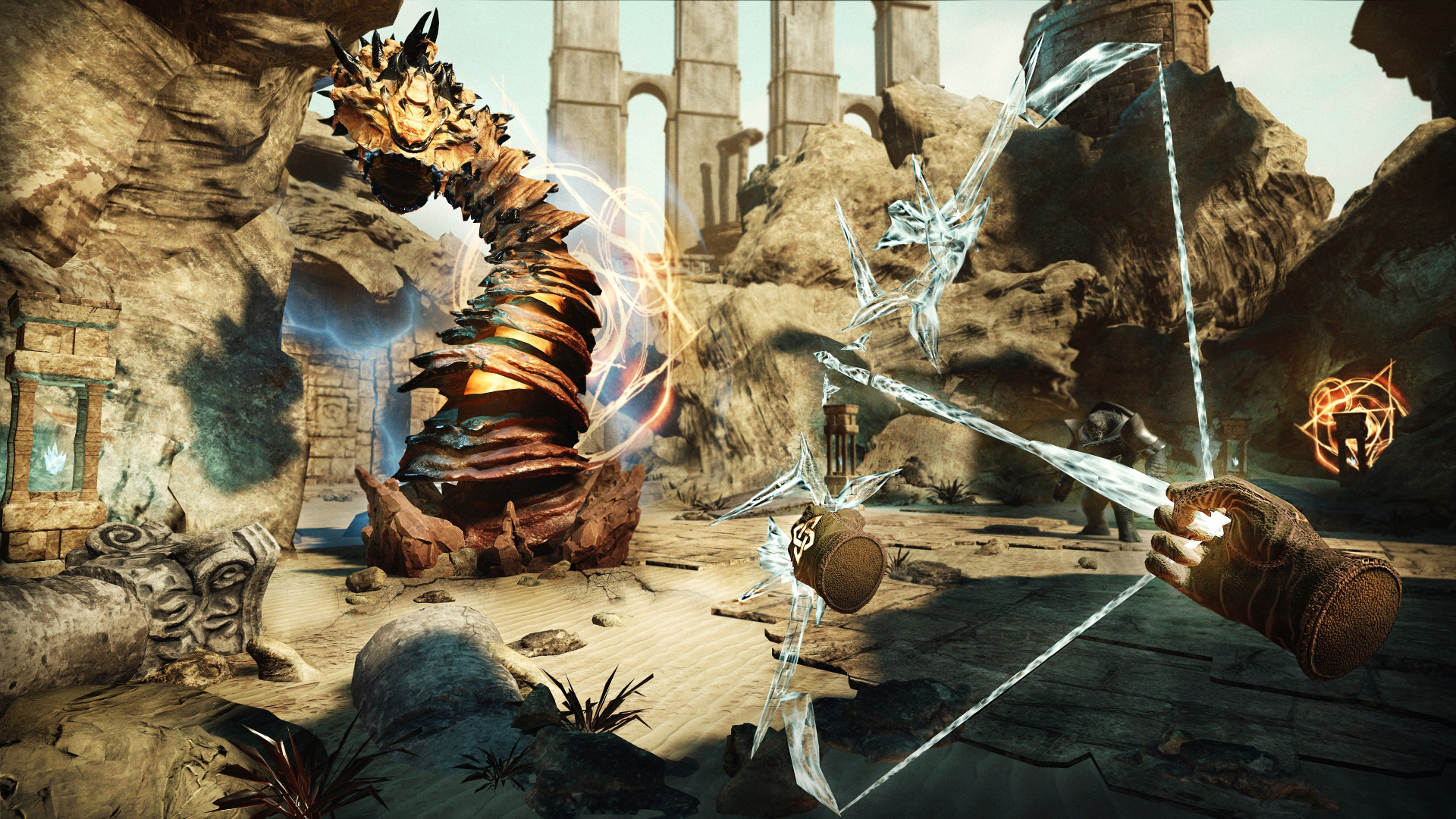 Within the levels, we gradually release new skills, such as fiery balls, light flashes or an arc of ice, which we challenge with hands. Unlike Scarim, for example, we not only press a button, but we appeal magic through movements with a controller control and stylish like Harry Potter. This is not only very easy on the hand, it also gives us a certain sense of power when we create an arc of ice with our own hands. If it needs to be a little harder, you will have the opportunity to deepen your powers in a kind of tutorial, until the last movement works like FF. Magic and firing can sound quite simple, but in practice it's incredibly fun, because we are much deeper involved in the role and we feel like we have only a fireball on Orc or Lightning dumped on the hum.

If we need a little distance, or just want to move forward, we have two options for getting around. Or we are moving forward step by step, or we teleport to the place of our (limited) choice. Unlike many other titles, we do not have to decide in advance on the way, but we can use both variants seamlessly throughout the game. This is also very useful, because sometimes battles against several opponents are very difficult to manage, or, we must avoid a few pitfalls, where probably only one of the variants is carrying the rescue.

However, to make sure that we are not bored, Wizards offers a variety of collectible items at every level, which we can use to improve our powers, as well as to influence levels, such as reducing enemy energy or our own increased. However, there are not only positive modifications, but some also make the harder game, which gives us more points, which we use to improve our strengths. So, it's not worthwhile to just keep your eyes open, but perhaps you can start a few things to become the best sorcerer in the world.

I have the power

We have access to levels, mods, power increase and training room through a small base that resembles the interior of Merlin itself. The medieval chamber is full of beautiful paintings, books and candles and perfectly fits into the whole concept. The individual worlds or elements of the menus are entered by placing small fortresses or emblems of our forces in the appropriate base or touch a sign with our hands / gloves. These can also be easily adapted and also show us our current life force.

In general, the game "Wizards: Enhanced Edition" makes a very nice impression. The title is clearly beneficial from the VR mechanics and allows us to feel very good about how to have magical power. The idea to first convince his attacks through certain movements is really great and gives a lot of joy, which can inspire other headlines in the future to follow similar paths. Add to that many collectibles and mods that allow us to further customize our game and expand the leaderboard boards. Combating various enemies, whether big or small, clever or pretty dumb, makes daily a lot of joy, but also causes it from time to time. 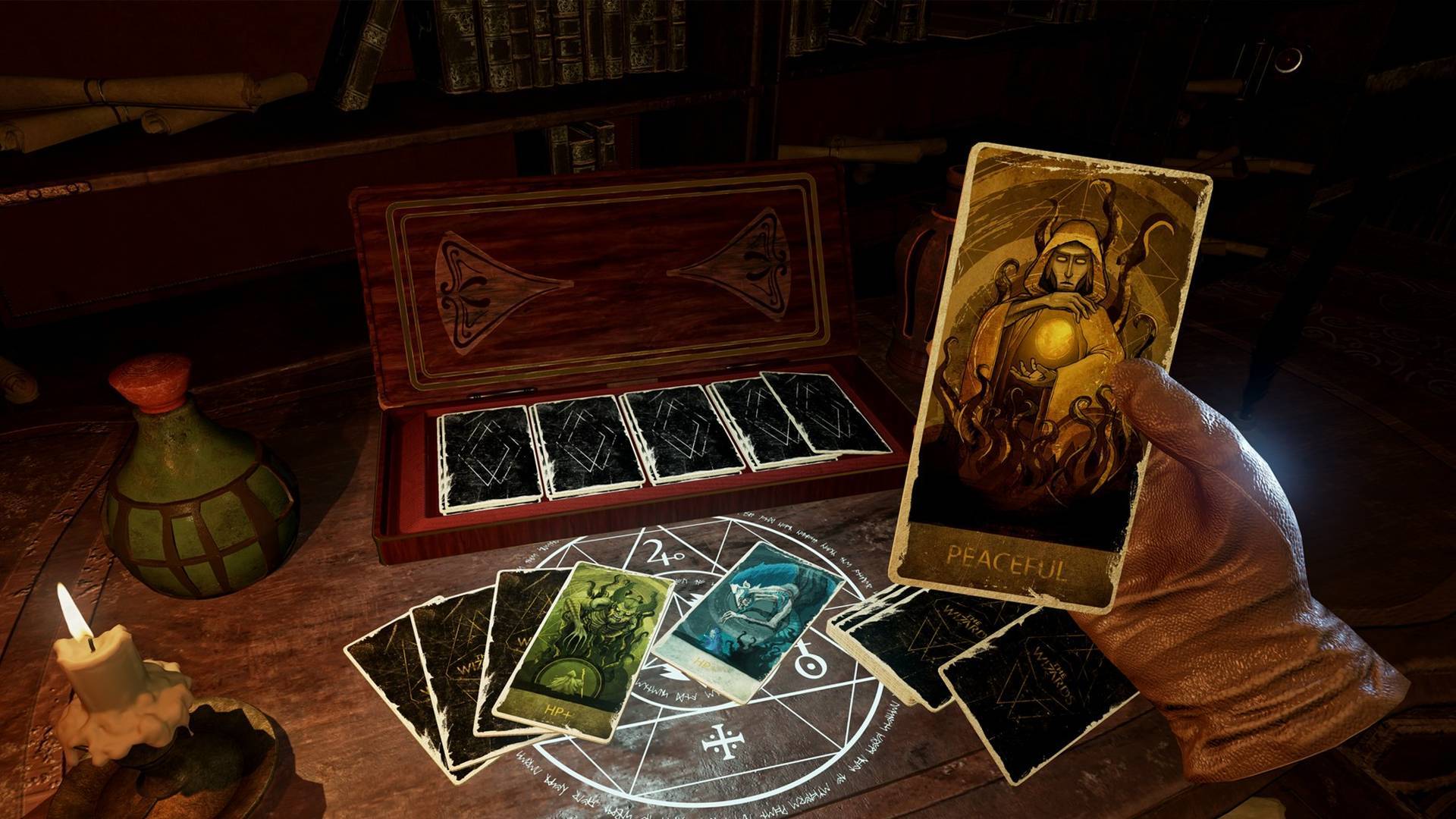 Graphic, "The Wizards: Enhanced Edition" for the VR title is quite solid, even if it does not get closer to one or another play. Individual stages and enemies are designed quite attractive, even if they lack some detail and abundance here and there. In some cases, the phases seem to be very barren, and even enemies can tolerate one or another property very well. Nevertheless, everything fits well into the overall picture and along with the relaxed silly comments of our master and the successful sound creates an attractive atmosphere that can easily be lost thanks to the VR.

This is where the game components we mentioned earlier made us feel really powerful. And this is exactly the whole game about it: to be a wizard who always dies in one. All in all, the individual aspects create an attractive presentation that makes it easy for us to spend many hours behind the glasses without boredom quickly. Individual battles against various monsters and dangers are quite challenging and require a lot of us until we have all our forces under control and we use them appropriately. However, levels are too often relatively naked and have no real depth and performance. Anyone who can not speak English is a bit lost, because there is only one synchronization, but there are no translations. The menu is available at least in German.