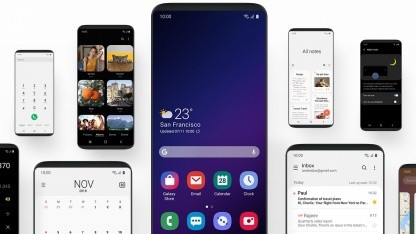 Samsung introduced the beta version of Android 9 to Galaxy S9 and Galaxy S9 + to Germany. As Sammobile writes, users in Germany can now play the trial version on their devices.

This ends with a stir around the beta version. Samsung released the trial software on November 15, 2018. But initially only in South Korea and the USA. In fact, Germany should also belong to markets that should be delivered directly at the beginning of the beta.

Android Pie Beta has not been available in Germany so far. Samsung has not commented on the reasons. The trial version will appear in subsequent countries in the coming weeks.

One interface should provide better service

Android 9 for Galaxy S9 and Galaxy S9 + include, among other things, the new One UI interface on devices. Samsung presented it at its conference in San Francisco, where the manufacturer also presented its flexible Infinity Flex display.

According to Samsung, one user interface should allow the user to better focus on relevant tasks thanks to the new structured screen. There is also a night mode, which is now available on other Android interfaces longer.

The beta version of Android can be obtained via the Members application. Users can download it from the Play Store or the Galaxy application. There, users can register as a beta tester; if it is searched in the system settings after the upgrade, the beta version should be downloaded. According to Samsung, the test is limited to 10,000 users.