Knife attack in Ascham: ten years in prison for 19-year-olds 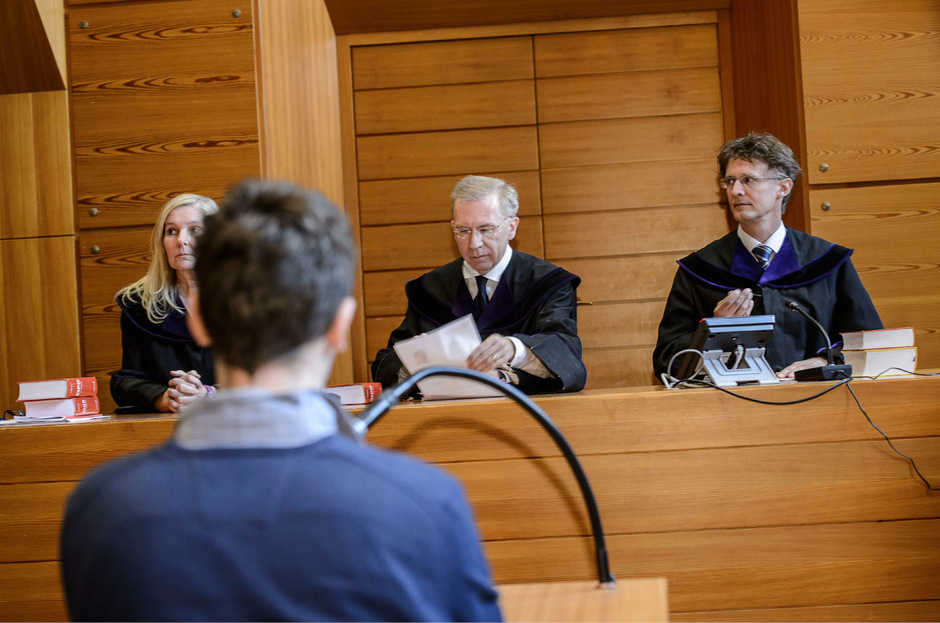 Innsbruck – A jury court in Innsbruck on Friday condemned the 19-year-old's verdict. Unterlander was accused of trying to kill himself twice after pelting two 16-year-old schoolgirls at the Absamer school in September last year and hurt them in a dangerous manner.

The verdict: In the first case, a bite in the neck, the jury decided with six to two votes for an attempted murder, the second victim unanimously for a serious attack. Also because of a dangerous threat, the 19-year-old was convicted. He must now be arrested for ten years. The verdict is not final.

Judging by the judge was the ruthlessness of the man and that the killing remained in the attempt. The maximum possible sentence would be 15 years because of the defendant's age.

On the first day of the hearing on Wednesday, the accused admitted tricks – on TT reported. He wanted to give one of the victims a "lesson". "I saw red and I wanted to kill him, but really just in the eye," said the 19-year-old at the clinic despite the instructions of a policeman. However, in the process, the student could not explain to the jury what he was thinking, what would happen after a knife-strike in the eye with the victim.

The act was preceded by a quarrel in the classroom. According to reports, a 19-year-old person suffers from an impaired personality disorder. Thus, the well-known psychiatrist Adelaide Castner found a "schizoid-narcissistic disorder in connection with the abuse of cannabis." According to Kastner, this personality disorder is based on a "higher mental-spiritual abnormality assessment". At the same time, the guy was in the act, but otherwise healthy.

The defense counsel referred to the psychiatric report

On Friday, the process continued with the final arguments. Prosecutor Florian Oberhofer in both cases saw at least a conditional charge of murder. The defendant at least accepted his actions that his two victims could die, the prosecutor said.

Defender Matthias Kappfer, however, recalls the psychiatric report. "My client is not someone who acts logically and plans. He is not healthy," the lawyer said.

The defendant apologized in his closing arguments in court with both victims and their families. "I wanted to apologize on Wednesday, but then I was so ashamed of what I did, which I could not apologize," said the 19-year-old. He confirmed that he did not want to kill anyone. (crashed, TT.com, APA)