EBEL: KAC wins back – all votes for the game: – Hockey-News.info 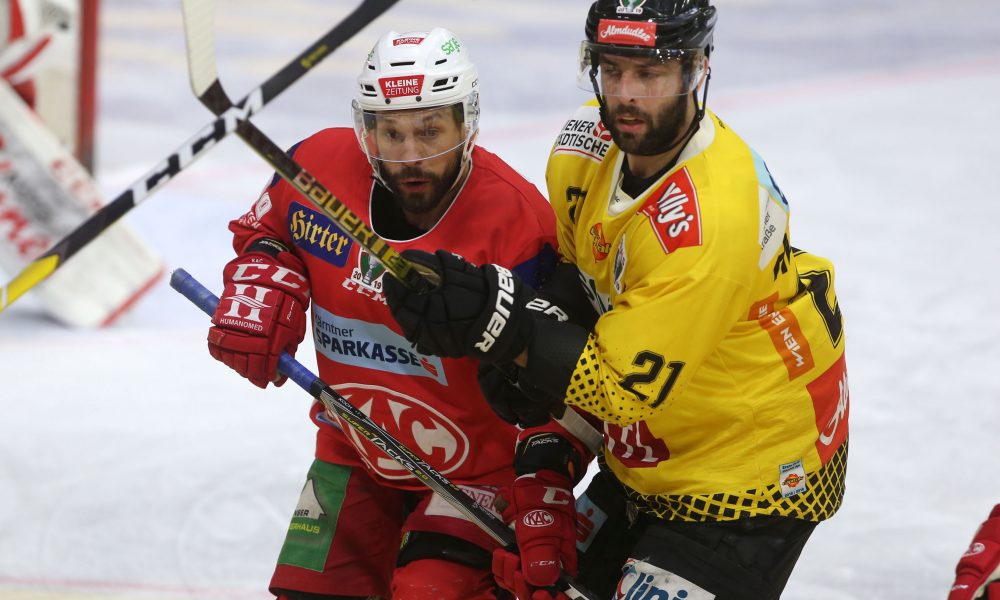 Petri Matijainen (EC-KAC Chief Coach):
… for the game: "We were much smarter today than in the first game in Vienna, and the playoffs must be improved every day, every game." Today, we made good decisions with the disc, all 4 lines succeeded. It was difficult but good, at the beginning of the third third we were a little passive, so the Viennese became better, but here we are outsiders They have won so much in the last few years We are insufficient We are the ones to learn and to be It was a small step forward in the right direction today. "

… for Lars Hagen: "I knew he was a professional goalkeeper, he played at KHL in Minsk, before 15,000 spectators." Everyone in this club wanted to succeed, he could deal with this big pressure. better, we need. We have not seen the best Lars Hagen yet. "

… before the game for the start of the series and game 1: "It was a bit slower start, we did not play 9 days before, but we got better, in some areas we need to improve." The boys need to understand what that means. We talked about the situation. Of course, mental pressure is getting bigger, we are still playing for the title, for the title. "

Thomas Hundertfund (EC-KAC):
… for the game and how the atmosphere in the team is: "Now the mood is good, but then we have to take it quickly and think about the next game, it's in 48 hours. That's the focus. (…) It was tough work, but with the support of Lars Hagen, we did it again. He won us so many games, I hope he will continue. "

Lars Haugen (EC-KAC):
… for the game: "I dreamed about winning, it's perfect, we played big first third, we had to run higher, then we got a little passive, we took a few penalties and gave them impulse, but we fought for each other, apart, there is no team working harder than us. That was the key to success today. "

… when he was asked if he ever had a shutdown in the final: "No, I do not think so. But I'm not interested in that. Only the victory counts."

Dietmar Krenn (president of EC-KAC):
… in the final series and the decisive factors: "I think the two best goalkeepers in the league stand at the ice here, a lot will depend on them, but from both teams, it will be decisive how they can improve and play the pace."

… for a possible title victory: "We already have many titles but as you know, you will never be able to have enough." If we become a vice champion, I think it's OK. But, of course, we are striving to the title. (…) The title will be butter on the bread. "

Dave Cameron (Chief Head Coach in Vienna):
… for the game: "We lost the game and we have to be better in the next. If you lose the game, you have to go back and fight. We just need to be better in all three zones."

Emilio Romig (German capitals):
… for the game: "Without a goal you will win hard, but you also have to praise KAC, they were super defensive, the goalkeeper also held good. Without goals you will win."

… for the bad start of the game: "We had a bad start, it's disappointing that you will come out in the finals." We are all excellent "in form", we train all summer, if you're tired, it's mental work. "

Gregor Baumgartner (Sky Expert):
… after the game: "A solid game from QC, constantly in their zone, they did not allow much, they also have a suitable goalkeeper on their system." After all, Vienna showed a little strong force in the game today. "

… for QC: "We know this" Finnish game "- very defensive, not spectacular, and a battle. It's not always nice for fans, but if you're in the final, maybe the championship then that's the right system."