Circus Noel will be a small winter circus festival

"Circus Noel" in Graz expands into a small festival: this year for the first time you can see three productions in the style of Neué Circus. Organizers promise virtuous art, lots of music and even more passion.

There are no lions jumping through flaming rings, no program for luxury and concern – but theatrical and poetic elements that blend with acrobatics, juggling, clowning, dance and music: "The new circus is currently facing the real peak and brings great productions on the most prestigious stages around the world, "describes the Graz organizer Werner Schrampf. In "Circus Noel" he wants to bring three excellent productions in Graz. What she combines is "virtuoso art, unforgettable pictures and lots of music and passion".

Art "for the whole family"

A group of artists "Gravity and Other Myths" from the Australian Adelaide on December 18th sets an overture to a total of 30 circus mines. After the band had already seen "Simple Space" in Graz in 2017, this year they carry their new work "Backbone" to Orpheum. 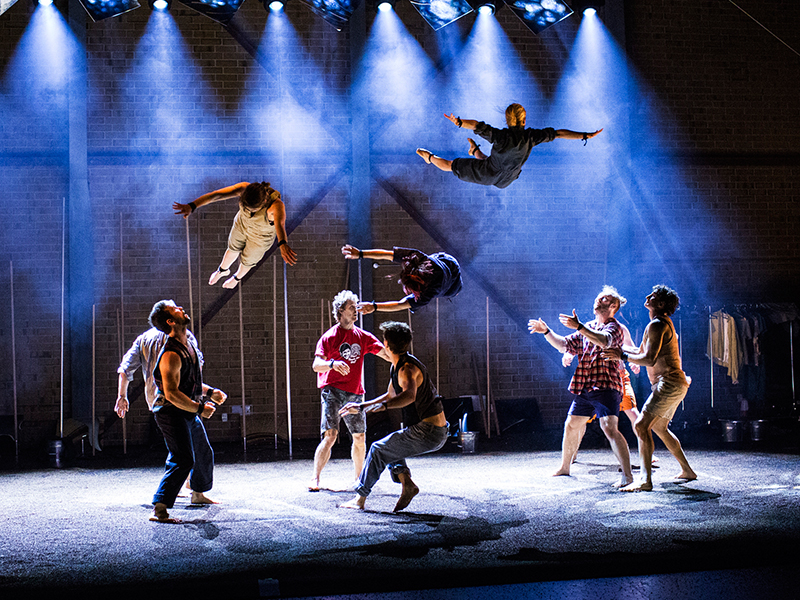 Since its founding in 2009, the work of the troupe has been characterized by a focus on interpersonal relationships and acrobatic virtuosity, in the current production they go physically, mentally and emotionally to the borders, the organizers announced. Production was still "for the whole family" convenient and can be recommended from eight years of age.

From January 2, "Company 2" with "Scot and Soda" in Helmut Hale will provide the start of the new year. "A grim and passionate story about the underworld is being told," Schramf reported. Director Chelsea McGuffin plays the audience in a weak ribbon that revives talent for the ban. There, a dancing gang crooks, daily workers and outsiders meets jazz musicians. During the evening all furniture will be included in the acrobatic game.