Mary and her husband, born in Australia, had an audience on Thursday and exchanged presents with the head of the Catholic Church.

The couple was earlier in Rome to strengthen the relationship between Denmark and Italy. 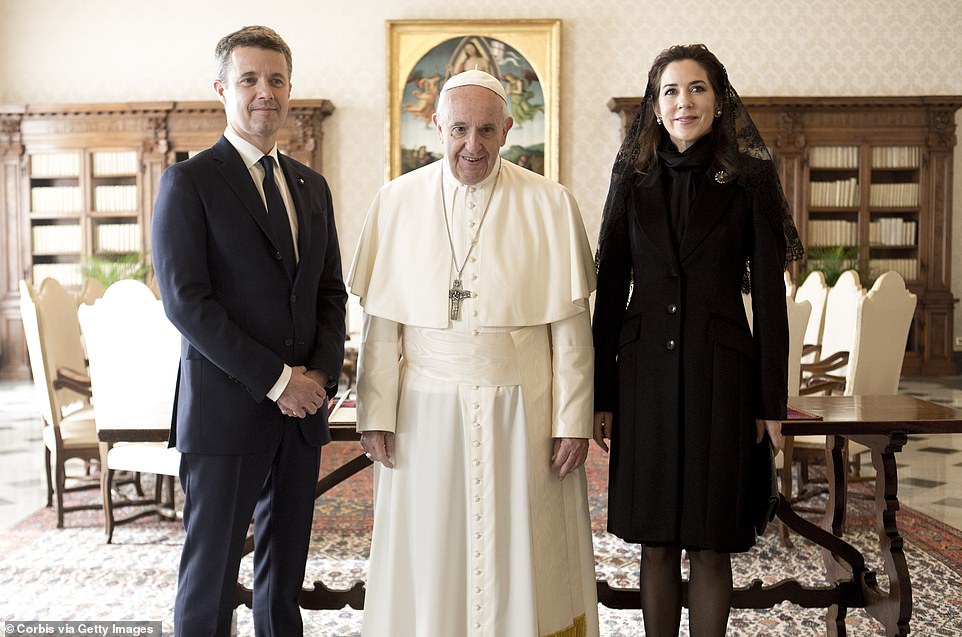 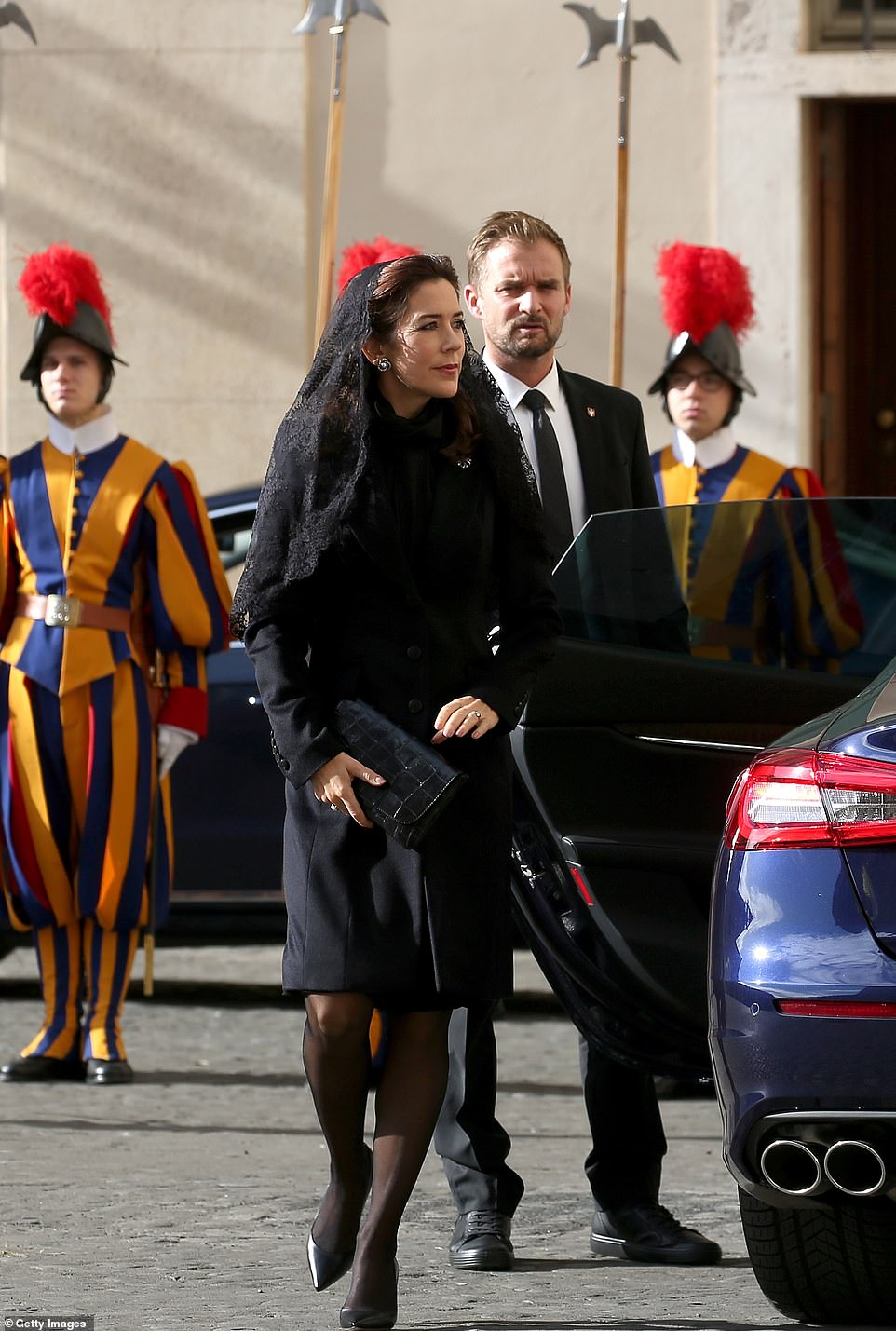 Princess Maria, who was born in Australia, completed her three-day trip to Italy with her husband, Prince Frederik from Denmark 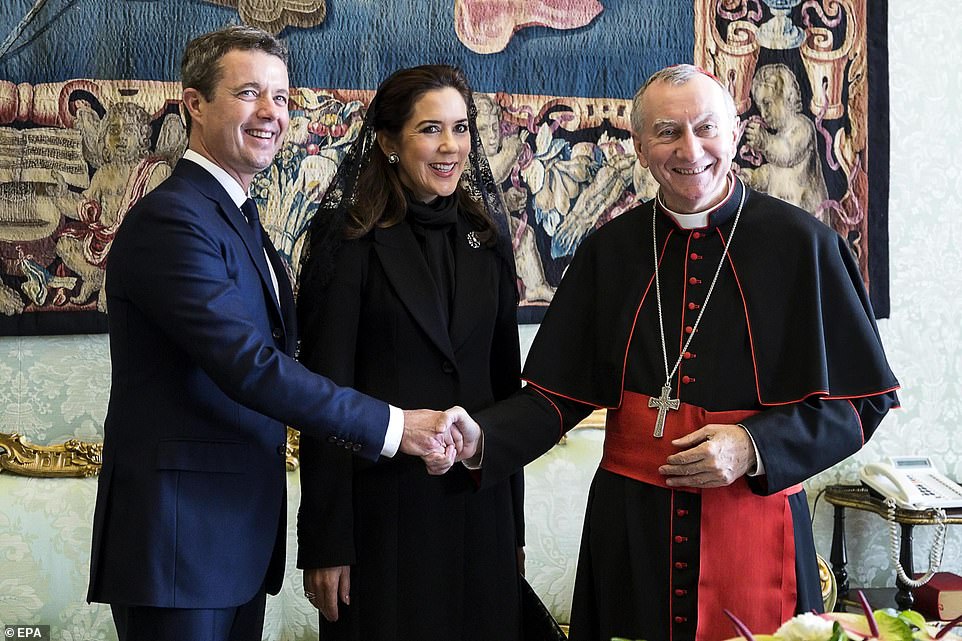 Vatican Secretary of State Italian Cardinal Pietro Parolin (on the right) greets the prince dressed in a dark blue suit, and the princess dressed in an elegant black dress and veil with matching heels

Pope Francis exchanged presents with his wife, inviting them and their delegation to the Apostolic Palace.

Frederik and the pope were ridiculed, laughing when they spoke in Italian to a private audience.

Princess Mary abandoned the Nike sneakers she had previously pictured, a pair of black heels and a matching black dress and veil.

She was dressed in black according to the dress code set out by the Vatican for guests who were happy enough to have an audience with the Pope.

It is recommended that female guests dress in black with the accompanying curtain or mantilla. The arms and cleavage should be covered.

Previously, a coat with tails was expected for men. But in recent years a dark coat and a simple tie have become acceptable.

Therefore, the Prince put on a navy blue suit and tie with a pin on the lapel, while the Pope wore traditional white robes. 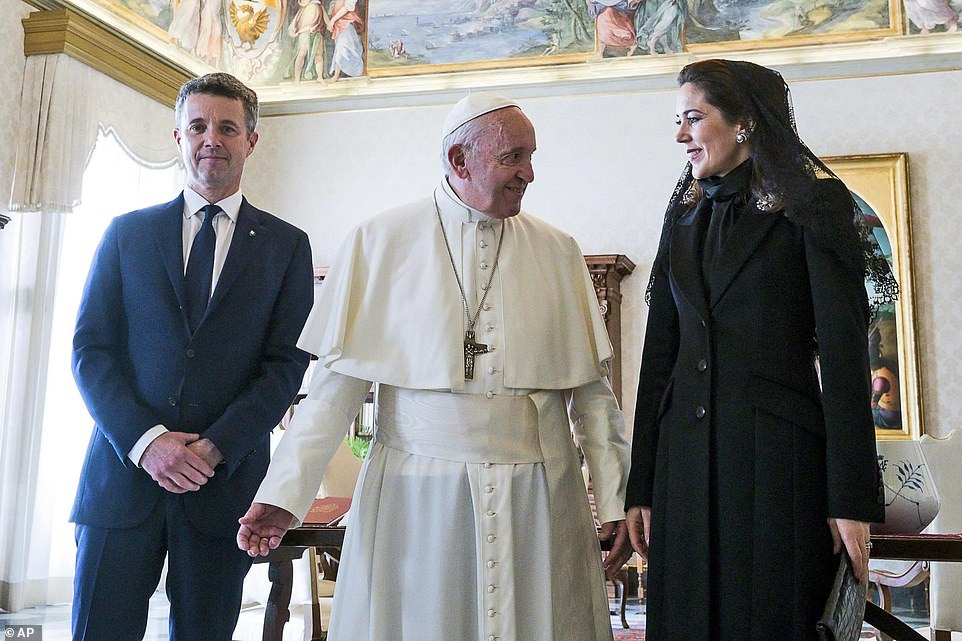 The couple were in Italy to strengthen the country's relations with Denmark, meeting with politicians and leaders 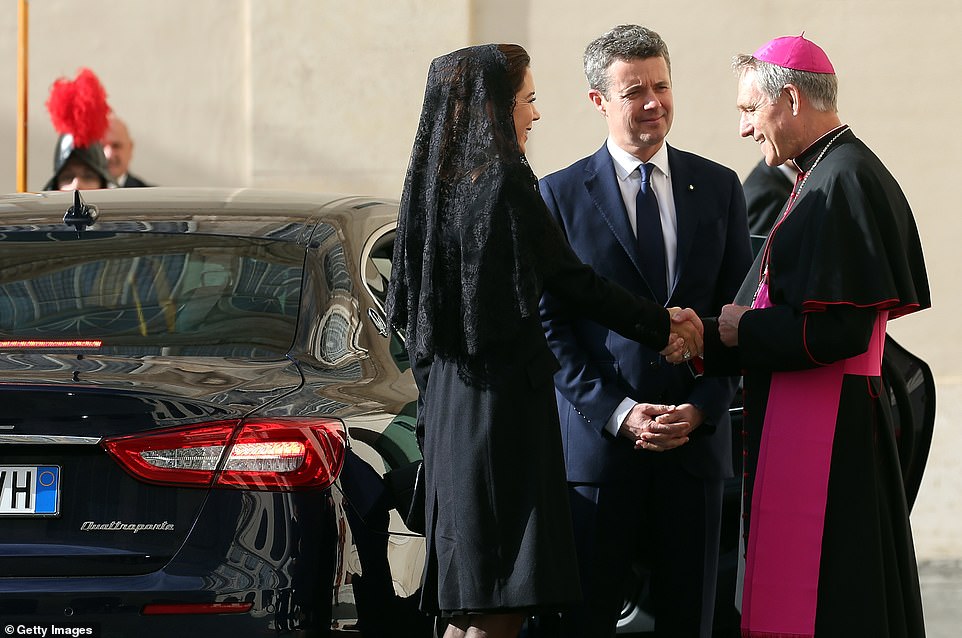 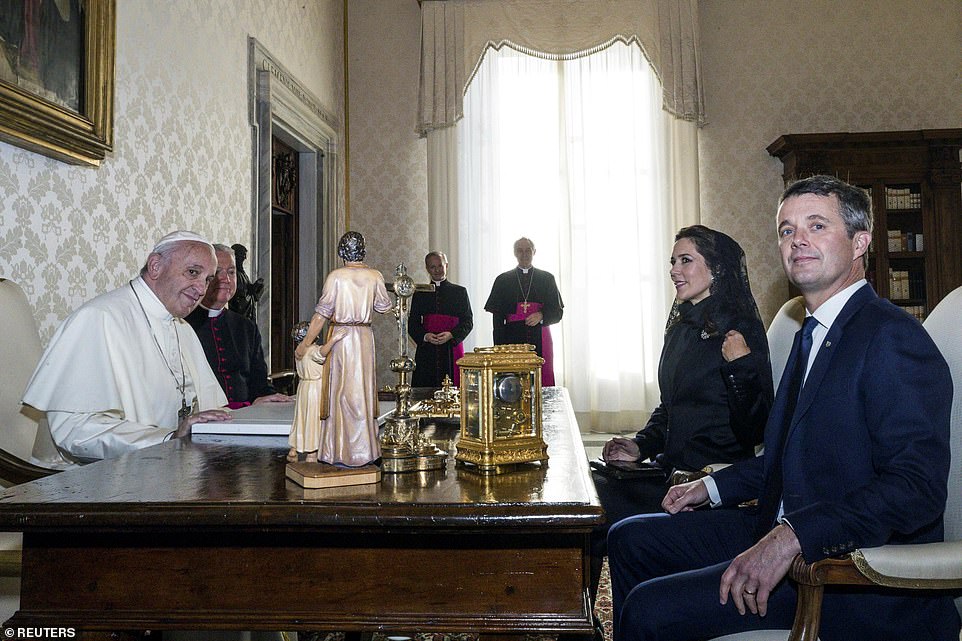 Until now, the Danish kings were received by Italian President Sergio Mattarella, with whom they had lunch at the Palazzo del Quirinale presidential palace.

Earlier in the journey Mary and Frederik participated in seminars on health, food and urbanization.

Danish and Italian artists from the food industry have worked together to create a party with cakes for the royal couple.

After visiting the Vatican, Mary and Frederik saw the Trevi fountain and iconic Roman aqueducts.

Rome is of special importance to the couple because it was in 2003 that Queen Frederik proposed to Mary. 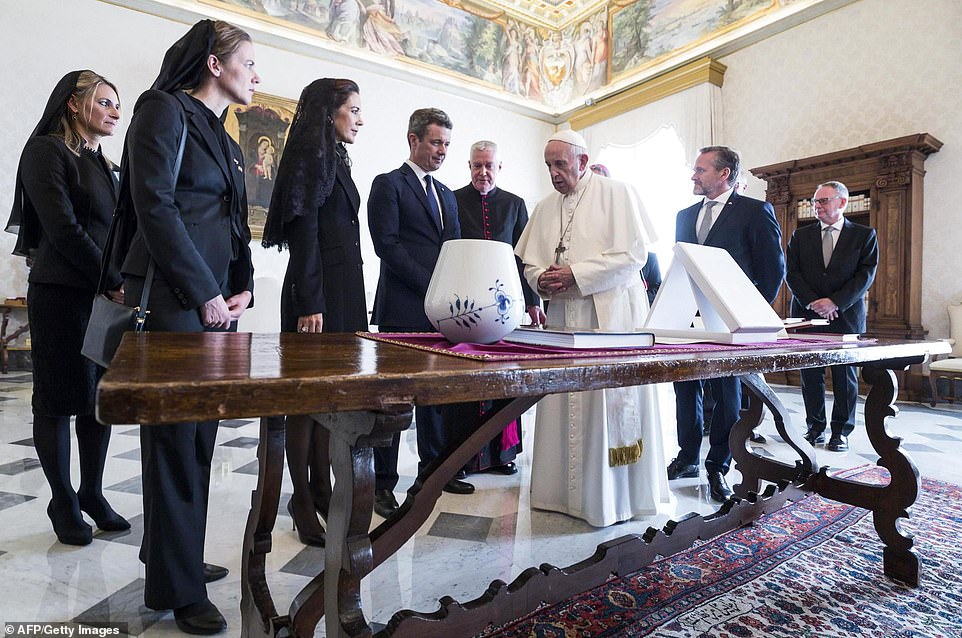 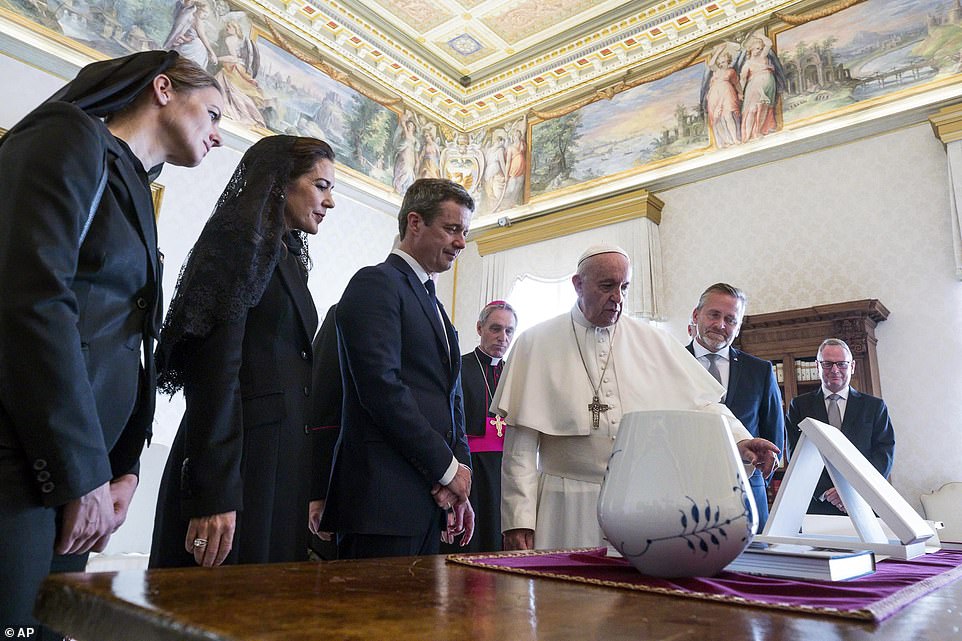